by Bruce Turkel | Apr 6, 2021 | Advertising, All About Them, Branding, Branding Yourself, Building Brand Value, Is That All There Is, Leadership 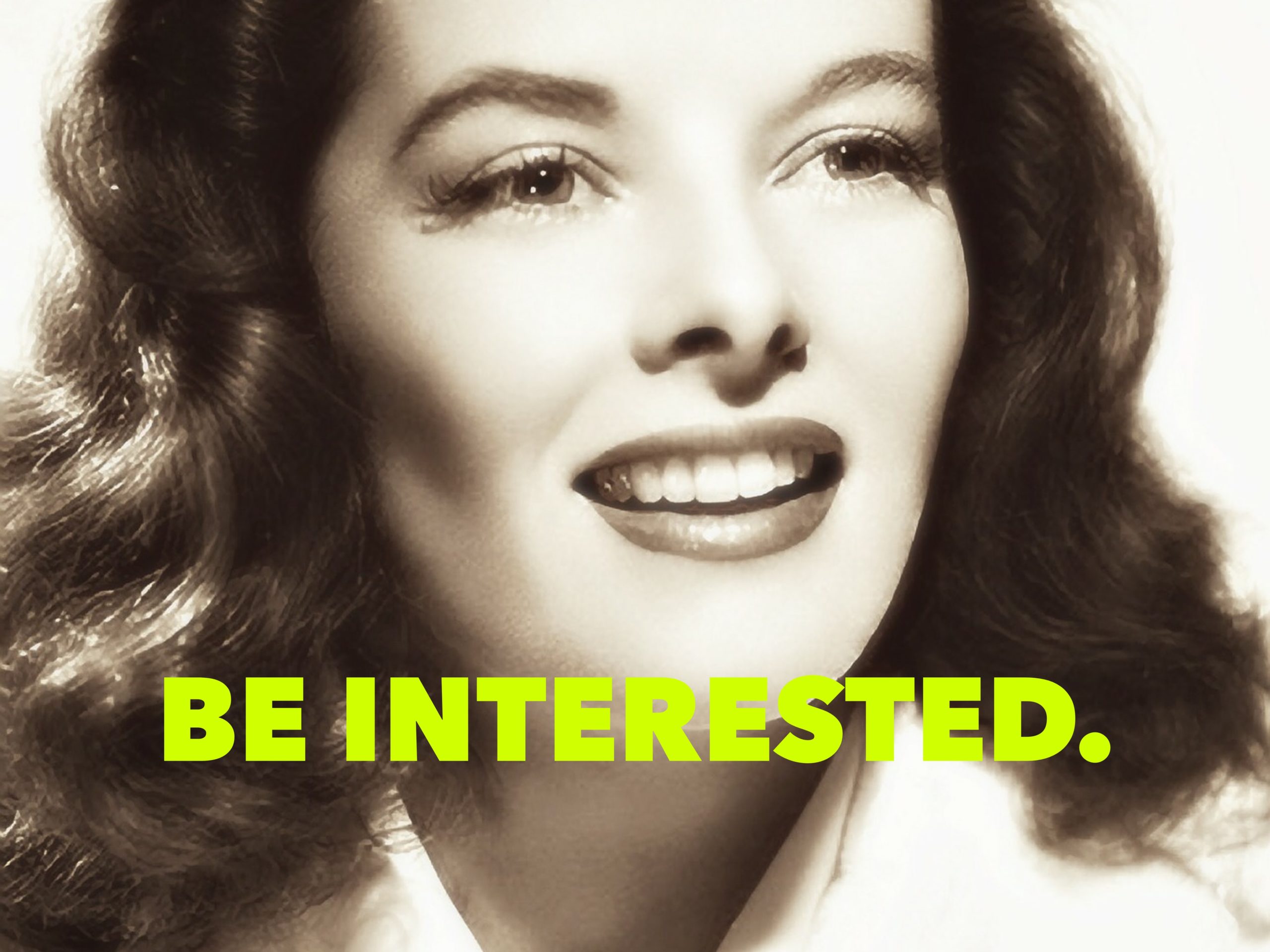 What do these three apocryphal vignettes have in common?

1)    “I can’t possibly find time to meet with you,” Katherine Hepburn says to the young reporter. “I have the lead in Bringing Up Baby on Broadway and am in rehearsal for Frank Capra’s film, The Philadelphia Story. Giving interviews isn’t how I make my living, you know.”

“But it is how I make mine” the reporter points out.

2)   The terrorist who killed and maimed so many at the Boston marathon was found hiding in a boat. Dozens of FBI agents equipped with high-powered rifles took positions on every rooftop from every angle. A female police officer armed only with her standard issue Glock handgun tried to squeeze in.

“We’ve got this, ma’am,” says the agent in charge.

“I’m from Newton, Mass,” she responds.

“Make room gentlemen” says the captain to the other agents on the rooftop.

3)   An itinerant salesperson failed to find any products to interest a hard-working farming woman on the farm he visited in John Steinbeck’s The Chrysanthemums. His hunger doesn’t move her to be generous, nor do his sales skills. But when he expresses an interest in the flowers that she cares about, she manages to find fifty cents in her depression era budget to pay him. She explains how to propagate, care for, and transplant the chrysanthemums. He takes an interest. And she gives him work.

Sure these stories are all different but do you see the common thread?

I believe it’s critically important that you do recognize the pattern because the answer is the way to differentiate your business from your competition.

The reporter in the first scenario wasn’t obsequious. He simply appealed to Hepburn’s humanity, to her willingness to help.

The Newton police officer wasn’t pushy; she communicated that she was a local, a person who had been personally traumatized by the horror of the bombing, someone who had skin in the game.

Steinbeck’s salesman realized that by showing interest in what his potential customer cared about he could connect with her in the only meaningful way possible.

Of course you might expect this point of view from someone whose last book was titled All About Them. But it’s not only all about them. It’s all about how you relate to them; your constituents, your clients, your peers, your employees.

Making a fundamental association between what you care about—the people around you—and what they care about—helping out, effecting revenge, or growing flowers—sets you apart.

Years ago Dale Carnegie said it more eloquently than me: “To be interesting, be interested.”

All these years later, his words still ring true.If you’d like a head start on creating life-long, powerful relationships and connection, please click HERE or email me HERE.