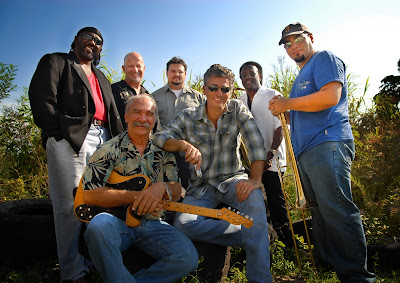 40 years ago the world watched and listened in amazement as Yasgur’s farm was converted to 600 acres of peace, music, and mud. Having been just a few years too young to have actually gone to Woodstock, I grew up hearing the fuzzy memories of my friends’ older brothers and sisters, all of whom seemed to have been there. Of course if everyone who told me they were there truly went, the festival would have been a whole lot bigger than it actually was. Kind of like the Doors’ famous concert at Dinner Key – if everyone who told me they saw Jim Morrison whip it out were actually there the concert would have spread all the way to Coral Gables.

And speaking of Woodstock and Coral Gables, the Blackstar Band will be celebrating Woodstock’s 40th Anniversary this coming Saturday night, August 15th, at Books & Books at 265 Aragon Ave in Coral Gables. We’ve been rehearsing our best of Woodstock: Jimi Hendrix, Joe Cocker, Paul Butterfield Blues Band, Mountain, and Ten Years After and will rip into it about 8 PM. So put on your finest tie-dye and join us. It’ll be groovy.