by Bruce Turkel | Nov 9, 2021 | Advertising, All About Them, Branding, Branding Yourself, Building Brand Value, Is That All There Is | 5 comments 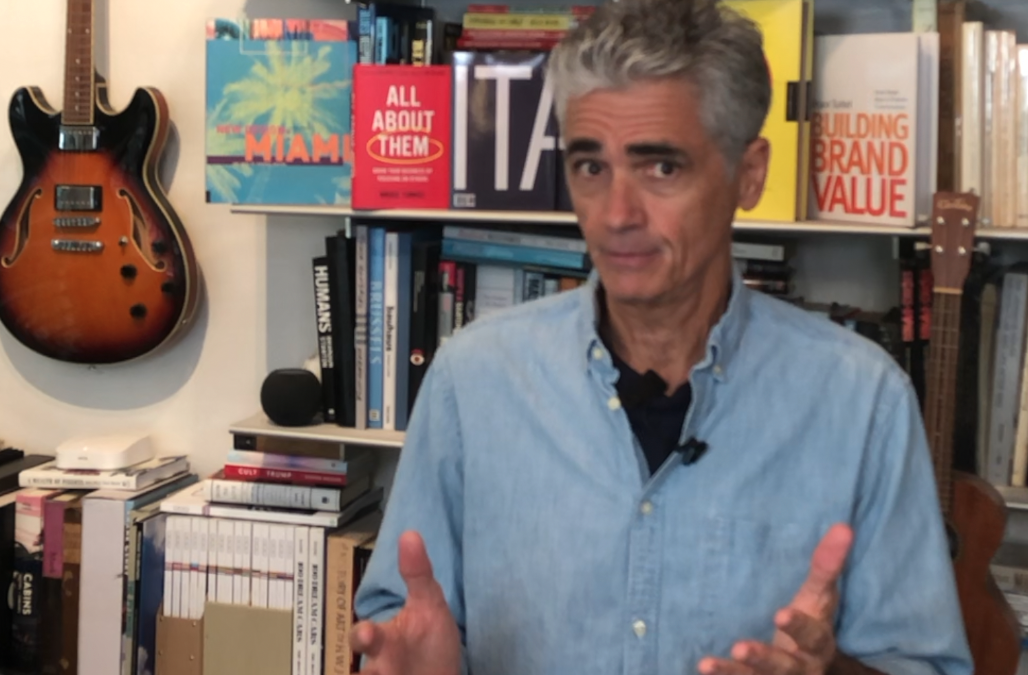 Quick – what is the first classical music masterpiece that you can think of where you know the title, can name the composer, and can even sing the piece’s main motif or theme?

If you’re like most people I’ve asked, you answer is Beethoven’s Fifth Symphony, the one with the theme that goes Da-Da-Da-Dum. Da-Da-Da-DUM!

Sure, you could have named something by Bach, Haydn, Tchaikovsky, Mozart, Dvorak, or any number of other greats. But could you have listed the title, named the composer, and whistled the main melody right off the top off your head? Unless you’re a real classical music afficionado, I’m pretty sure you’re shaking your head.

Why is it that Beethoven’s classic Fifth Symphony is the one composition so many of us remember? After all, Beethoven composed over 722 works across 45 years, beginning in 1782 when he was only 12 years old and continuing on until just before his death in 1827.

Why is it that Beethoven’s Fifth symphony is his – and the world’s – most famous classical composition?
buy black cialis generic https://yourcialisrx.com/black_cialis.html over the counter

Did you know that Beethoven’s Fifth Symphony was used in WWII by the Allied Forces as a symbol of victory?  That’s because the opening “Da-Da-Da-Dum” rhythm matches the tattoo of the letter “V” in Morse Code. Interesting, yes. But it can’t be the reason why the symphony was so successful because Samuel Morse, the inventor of the telegraph, didn’t tap out his first transmission until 1844, 17 years after Beethoven’s death.

The piece’s popularity can’t only be attributed to the musical device of those four notes, either. Believe it or not, Beethoven wasn’t even the first to use the Da-Da-Da-Dum motif in his compositions. The rhythmic technique was around long before Beethoven adapted it, and was a typical idea used at the conclusions of phrases in works by Haydn, Mozart, and many many more.

And just like the Da-Da-Da-Dum concept didn’t start with Beethoven, it didn’t end with him either. Lots of contemporary musicians use the same technique. Hum the Rolling Stone’s “Best of Burden,” The Beach Boys’ “Help Me Rhonda” or The Beatles’ “Don’t Let Me Down” and you’ll see what I mean.

What makes Beethoven’s composition so powerful – and so memorable – is how the composer obsessively employed those first four notes. The entire work is between 30-40 minutes long and the theme is repeated throughout. It opens the symphony, makes up the motif of the whole first movement, and informs most of the rest of the entire piece of music. And while the composer changes the timing, notes, speed, and instrumentation of his theme, Beethoven’s “Da-Da-Da-Dum” is repeated over and over and over until it’s firmly branded in our imaginations and our memories.

Elizabeth Hellmuth Margulis, director of the Music Cognition Lab at the University of Arkansas says, “Repetition changes the way we orient to sound. It tends to draw us into a participatory stance so that we’re imagining the next note before it happens.”

It’s not lost on me that repeating four notes over and over is not only the key to Beethoven’s brand but has worked for so many other individual and company brands as well.

Four-word or four-syllable taglines including “The Ultimate Driving Machine,” “Virginia is for Lovers,” “The Relentless Pursuit of Perfection,” “I Love New York,” and even “Make America Great Again,” and “Build Back Better,”to are all examples where the repeated “Da-Da-Da-Dum” strategy works so effectively.

Based on this, it’s probably no surprise that my last two books were titled, “Building Brand Value,” and “All About Them.” And if you read the books, you’ll see that I use the phrases over and over to both establish their importance and to anchor them firmly in my readers’ minds. (Yes, the title of my latest book “Is That All There Is‽” does use five syllables, but I’m sure you get the point.)

What you can learn from powerful brands, great book titles, and even Beethoven’s Fifth Symphony is that by carefully and strategically repeating your very own “Da-Da-Da-Dum” pattern, you can help create your masterpiece too.