How Will Coronavirus Affect You? 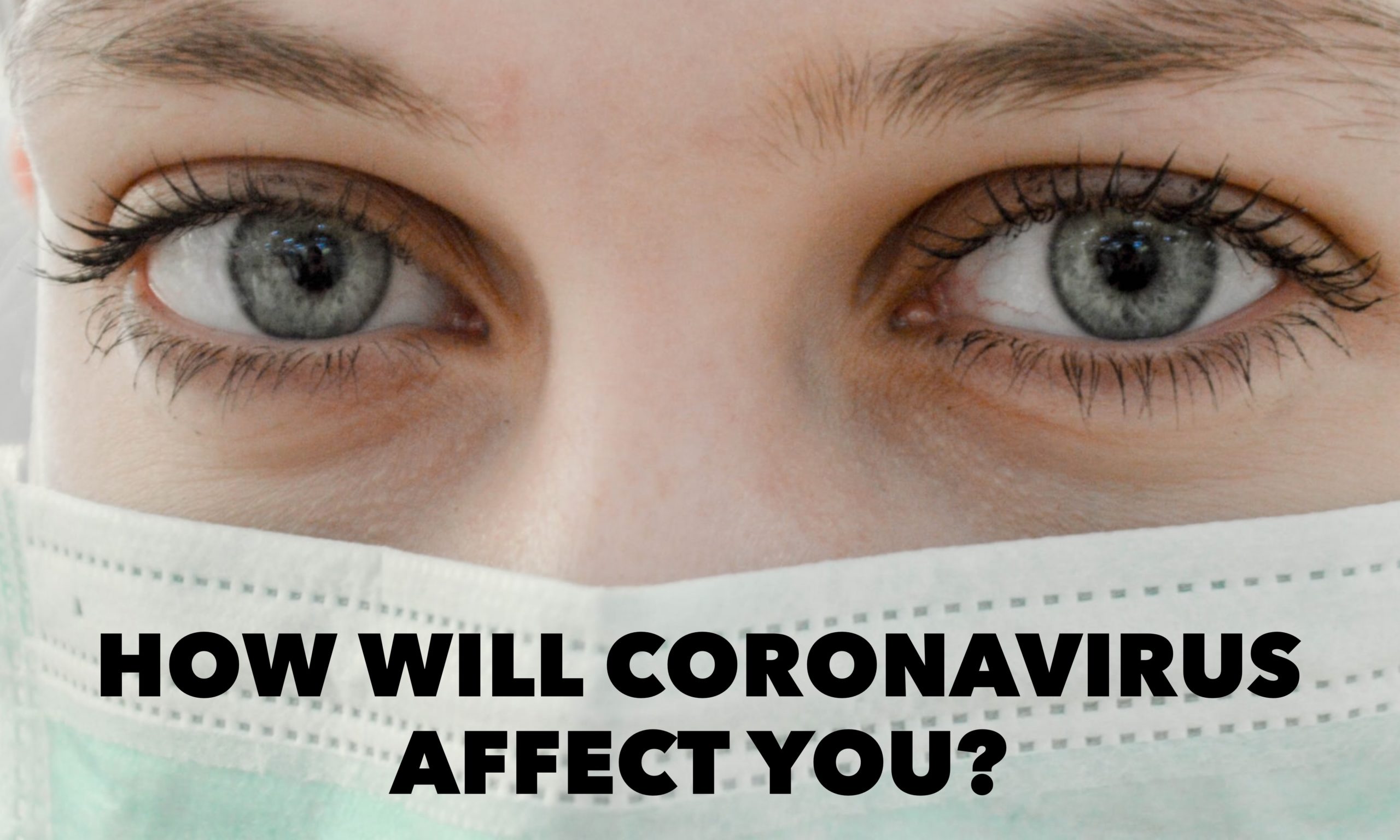 I’m heading home from a speaking gig in Houston and I’m using my airplane quiet time to reflect on the things I learned at the conference I was attending. I’m also making lists of things I want to do and the things I want my staff to do when I return. There will be some newly busy-people tomorrow morning when they open their emails and find the catalog of assignments I’ve added to their to-do lists.

Who Was That Masked Man?

Being up here also is a good time to think about the impact of the impending Coronavirus. Why? Because there are so many people wearing masks in the aisles behind me. Of course the CDC made it quite clear that the gauze masks we can all buy at CVS or on Amazon only serve to keep pathogens in, they’re completely ineffectual at keeping the bad things out. What’s more, I wonder how many of the people who are apparently concerned enough about their health to make the effort to wear the masks are also as concerned about the other, more manageable factors of their health.

How many mask wearers have gotten a regular flu shot this year? After all, while six Americans have died from the Coronavirus so far this year, between 35,000 and 80,000 people died of the much more common influenza each year since 2013.

How many mask wearers have cut sugar and worthless calories out of their diets? How many of them exercise regularly? After all, if they’re concerned enough about protecting their health to wear a mask, they must also be aware that lifestyle-induced heart disease is the number one killer in the country.

Remember To Wash Your Hands?

One good thing I did notice about the Corona Craze was how many people I saw in hotel and airport bathrooms washing their hands. Usually it’s only about half or two thirds of the people who actually stop to wash. But today it seemed like everyone did. Better still, they actually took the time to lather up and really rub their hands together under the water. The Corona Craze might not be so good for companies with China-dependent supply chains, airlines, hotels, conference managers, or keynote speakers, but it sure seems to be good for soap, paper towel, and hand-sterilizer manufacturers. Not to mention those of us who regularly shake hands with strangers.

I also wonder what the Corona Craze will do for Corona Beer. I know most people aren’t stupid enough to believe that simply because the beer and the virus share a name, they share anything else. But as H.L. Mencken once said, “no one ever went broke underestimating the intelligence of the American people.”

Will all the Corona Craze hype increase the beer brand’s awareness score and actually increase their sales? It’s possible. But based on the demise of other unfortunately named brands such as Ayds Candies and the heavy metal band Anthrax, I doubt it. The name of the Islamic terrorist organization Isis didn’t seem to affect sales of Bob Dylan’s song Isis, even with the lyric that goes “Isis, oh, Isis you mystical child, what drives me to you is what drives me insane…” but then again I don’t know if Dylan has actually sold a song since the late Seventies anyway.

What’s Going To Kill Us This Year?

It is important to remember that virtually each year of the last two decades have been marked by a new crisis; each one of which we were told threatened to kill us all.

Also bad is the media-ready name of the diseases – Corona. It’s much easier to remember and easier to say than other even more deadly diseases such as Transmissible Spongiform Encephalopathies, Fibrodysplasia Ossificans Progressiva, Balamuthia Mandrillaris or even the succinct but still hard-to-remember named H5N1 A virus. We saw this same phenomenon with the Zika virus – that one sounded more like a popular Latin dance than a fatal disease and as such generated a lot of top-of-mind awareness.

To make matters worse, we are now beset with the prevalence of unschooled pundits sharing unscientific and unempirical opinions disguised as news. Sadly this scares many people away from the proven vaccinations that could actually protect them from various diseases in the first place. And, thanks to the dominance of both unregulated social media and the constant attacks on real news and true facts, attention-hungry C-class celebrities such as Jenny McCarthy have become people’s go to sources for their dubious medical information.

The new millennium has already ushered in a very rocky road for news gathering, brand building, decision making, and the travel industry. And much of it is caused by our floundering with all the newly ubiquitous technology that dominates our lives. But regardless of the need to deal with what’s new, we humans haven’t changed very much since we were hunter-gatherers on the great savannah. And that means we will continually be mistreated, maligned, and manipulated by crises, both actual and artificial. So while Coronavirus may or may not wind up killing a lot of people, our own response to our ignorance and hysterics will do a lot of damage.

Keep Calm and Carry On.

Our salvation might be the same 1939 advice Londoners were given when they were being bombed by the Luftwaffe during World War Two: “Keep calm and carry on.”