I Had No Idea What Was Going To Happen. 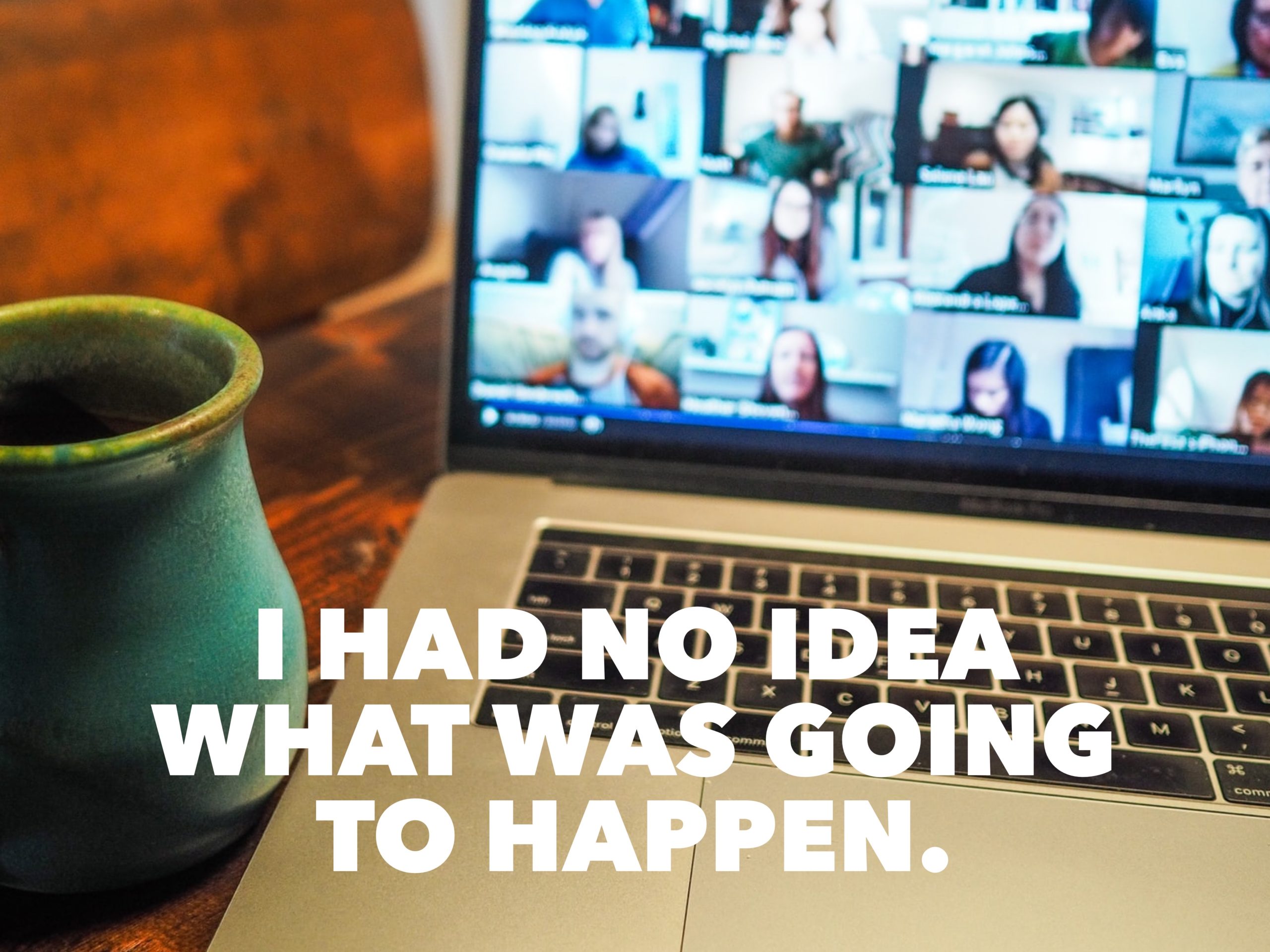 Not very long ago – sometime in early to mid-April – it seemed as if almost everyone I know was calling and telling me they were how concerned they were. Covid. Unrest. Lockdown. Politics. The economy. Despite their concerns, the common word they all seemed to use was “uncertainty.”

After hearing different versions of the same story a few times, I wanted to do something to help. I decided that I would put together a MasterMind group to see if I could help people regain certainty in their lives.

Sure, I’d facilitated plenty of face-to-face MasterMind groups before, but this was my first virtual group. I had no idea how well the group would work over Zoom. I also had no idea how much my life – and the lives of 20 other people – were about to transform.

But now that we’re nearing the end of this first 12-week program, I’m discovering just how important this endeavor has been.

12 weeks ago 20 people logged on; some were lost, some were worried, and some were simply curious to discover what they were going to do next.

And now, 12 weeks later, they’ve earned much more than certainty – they’ve gained a wealth of assets – beginning with lifelong trusted relationships with each other, a treasure chest of fresh new perspectives and new ideas, concerned accountability partners, and a whole lot more.

By week three or four I was watching something I’d never seen before: The relationships and bonds that were developing were extraordinary! The support and the collaboration and the trust – and HONESTY was like nothing I’d ever previously witnessed! It was incredible!

Every member was thinking BIGGER, gaining critical insights, and getting TRUE HONEST feedback! Sometimes it was good just to get the confirmation that they were on the right path… And sometimes it was tough love that really challenged them. Sometimes they didn’t like what they were hearing. Yet anytime that happened, by the next week’s meeting they were thanking people and were very happy that they got completely new visions – and challenges!

Look… I get it… MasterMinds aren’t for everyone. But I’ve just never forgotten what Think and Grow Rich author Napoleon Hill said about them – how critically important MasterMinds really truly are – and how most super-successful people are members of MasterMind groups. THAT’S why I’m telling you all this.

The results from my first virtual MasterMind group are living proof that I need to launch another group right away. Based on what we experienced, the new group is already filling up with people from group one. And I know it will transform lives and create more really incredible relationships. If you want to learn more, click HERE.

Thanks for allowing me to tell you a great story with 20 very happy endings – make that 21 including me! I had wonderful surprises and gained 20 new friends – all coming out of this program a whole lot better than we went in! Together we gained incredible insights, ideas and assets, and most importantly – we built powerful relationships that will last a lifetime.

You can do the same thing. Right HERE.