It Was Interesting. But Was it Right? 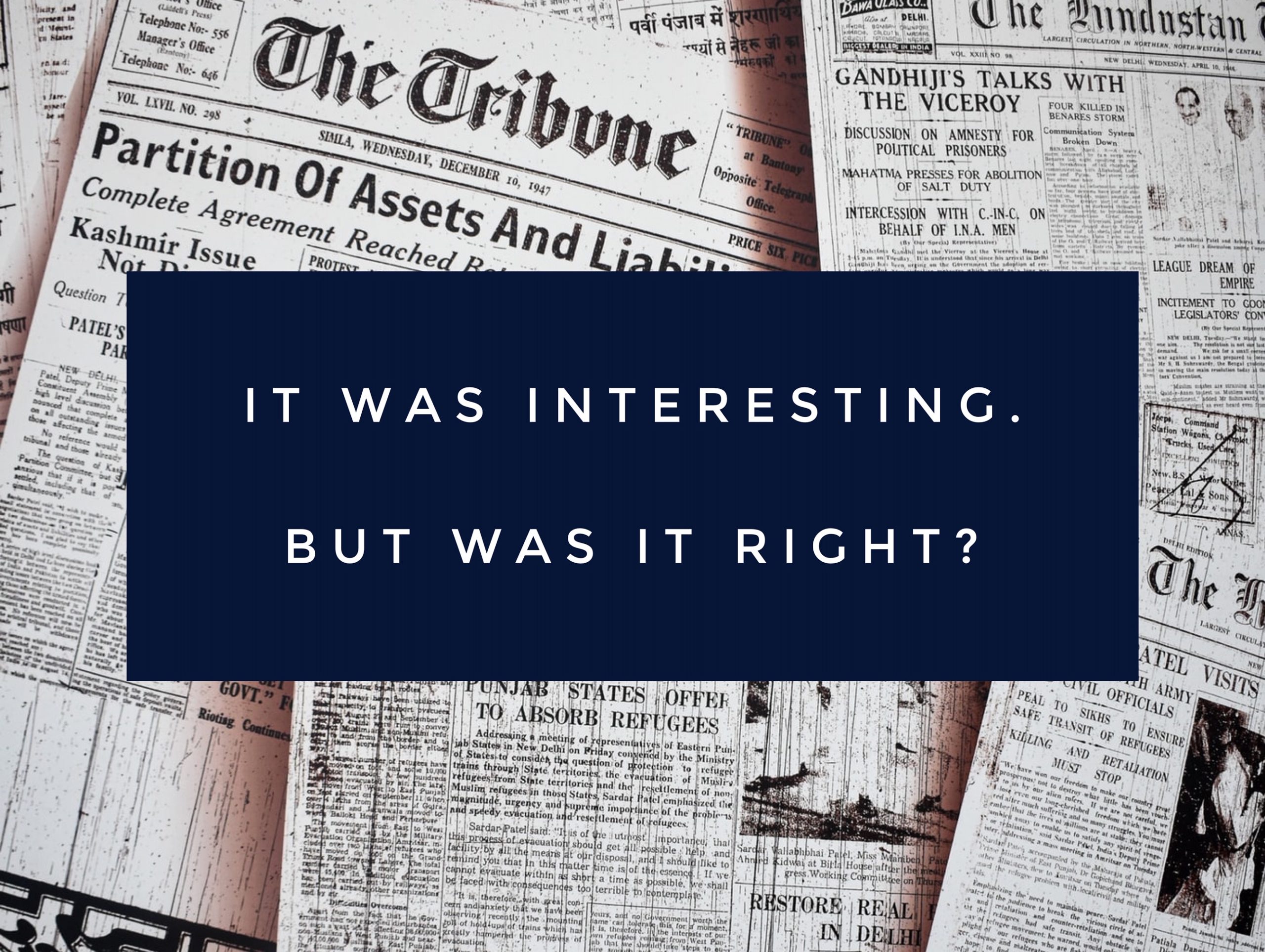 In the New York Times article “My Piece of the American Id” the author poignantly points out the way she’s been mistreated as a black woman in the United States. As the author says, “Like all people of color, I’ve been on the receiving end of racial microaggressions for as long as I can remember…”

I have a keynote speaker friend who often posts her similar experiences on Facebook, including the very gracious and eloquent ways she handles these interactions.

I sent her the New York Times article.

On Sunday, I read another article in the Times titled “Becoming a Man (at Age 50). What I learned about masculinity from my father, my father-in-law and my own transition.”  As the author explains, “I had been living as a white Midwestern woman for 50 years and 10 months until one weekend, I crossed a line… (and) became a man… My wife… has identified as a lesbian for 40 years… men haven’t been of particular interest to her. She never had any intention of living with one… I didn’t want to lose my lesbian lover or be a failed feminist and intellectual.”

I have another keynote speaker friend who has gone through almost this same situation with her recently transitioned husband.

I sent her the New York Times article, too.

It was interesting, yes. But was it the right thing to do?

Was it the Right Thing to do?

Sending articles that interest people is something I do almost every day. On the same day I sent those two NYT articles, I sent a few more. My assistant Scott received the Wall Street Journal article “Downsizing Your Home Is Hard.”

because I knew the subject would fascinate him. My friend Mike got a link to an article on the Brumos Porsche collection because I knew he’d love looking at the cars.

A friend once told me “you build your brand by letting people know that you’re always thinking of them and sending them articles you know will interest them to prove it.”

One Word is Enough.

It’s true that commercial brands are often established and expressed with one or two words, even when those brands are individuals.

Is One Word is Enough?

But do those semiotic definitions communicate enough meaning to properly direct our actions? In other words, can we use our singular perceptions of people to decide how they should be treated. Is it generous or small-minded to share information with someone simply because I think the information will interest them? Does the action build my brand or limit my horizons?

I don’t know the answer. Maybe someone will send me an article that explains it.