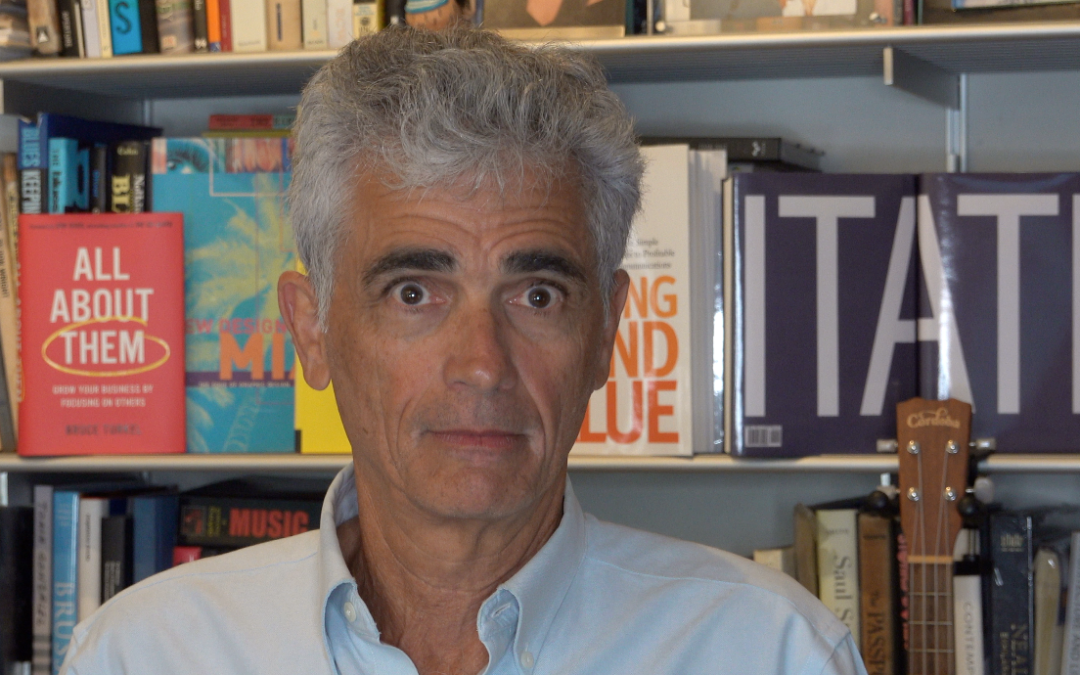 There are people who make it a practice not to sit across from me at meetings. That’s because I spend my time in those meetings drawing caricatures of everyone else sitting around the table, usually everyone in the room except the people seated directly alongside me.

That’s because I can’t really draw them without constantly turning my head back and forth and not paying attention to what’s going on in the meeting itself.

And, believe it or not, there are a number of people who don’t like having me draw their likenesses.

I think it’s because I don’t actually draw portraits, but that I draw caricatures.

As I understand it, good portraits are artistically realistic interpretations of people, whereas caricatures are constructed by exaggerating a subject’s most prominent features and behaviors. That’s why people who look at the drawings I’ve done tend to ask, “That’s funny. But my nose isn’t that big… is it?” Or “Cute. But I’m not that round… am I” Or “Oh c’mon. I really have more hair than that… don’t I?”

Those are the comments of the people I’ve drawn. But the people who sit alongside me and watch what I’m doing usually say something like, “I wish I could draw. But I’m not talented. You’re a natural.”

My answer is always the same: “Of course you can draw. All you have to do is draw… a lot.”

“Oh, you mean like practice?” they ask. “How much do you practice?”

“I don’t practice. But I do draw all the time. Come to think of it, I’ve been doing it every single day of my life since probably… oh I don’t know, kindergarten.”

In his book Outliers, author Malcolm Gladwell suggested that it requires at least 10,000 hours of practice to achieve mastery. Gladwell used the rise of The Beatles to make his point. In the early sixties, the nascent ‘Fab Four’ played their hearts out in the basements of the Kaiserkeller and Indra club and other small venues throughout Hamburg, Germany. The band was so driven that they had played nearly 1,200 public performances before returning to England where they became the most influential rock band in history. It was those 1,200 gigs that provided The Beatles with the 10,000 hours of practice Gladwell said mastery requires. In other words, The Beatles were an overnight success, but only after hours and hours of hard work.

But it’s more than just the hours invested. What also matters is the way practice is performed. Because the key to developing and utilizing talent is not to just put the hours in, but to make participation a natural part of your life.

Sure, a musician has to practice their rudiments and learn every conceivable mode and key. And of course, an artist needs to understand the various media and techniques. And yes, an athlete and a dancer must practice their fundamentals until muscle memory takes over.

But there’s more to it than that.

Everyone’s heard the expression, “Choose a job you love, and you will never have to work a day in your life.” What I’ve discovered is that the adage may not apply to your career, but it does apply to your talent. The real key to learning – learning to draw, to play tennis, to play the clarinet, or to earn your black belt in judo— is to love it so much that you do it because you want to, not because you have to, or you need to.

The real key to mastery is to develop the various talents that are an intrinsic component of who you already are, so that not only isn’t practice something you HAVE to do or even something that you WANT to do, but something that you do without planning or even thinking about doing. You do it because it’s part of who you are. The saying in Spanish is “eso le nace,” meaning “it comes from within you” or literally, “it’s born in you.”

Seen from a business angle, this is also a crucial part of developing and building your brand value. That’s because it’s what you’re about that sets you and and your company apart from your competition and lets your customers know what’s in it for them. As I’ve said so many times before on stage and in this blog, “People don’t choose what you do. They choose who you are.”

Knowing this — and knowing how to present it to your customers and potential customers — is the way to not only incorporate your intrinsic talents into your personal and professional lives, but to get better and better at what you do and to enjoy it even more than you do already.

Perhaps then it’ll be true that practice makes perfect.