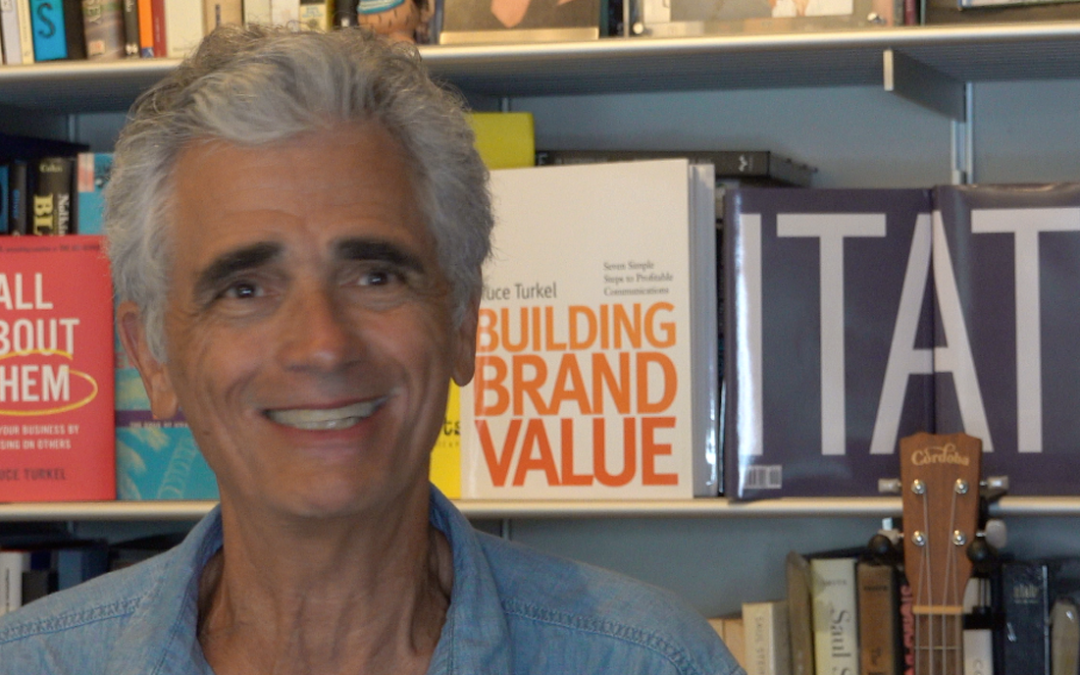 Quick. How many auto company CEOs can you name?

Chances are you came up with a few dead ones – Henry Ford, Ferdinand Porsche, Enzo Ferrari, and Lee Iacocca – and only one live one – Elon Musk, CEO of Tesla.

Of course, Musk owns (or owned) a bunch of companies, including PayPal, Space X, Twitter, Neuralink, The Boring Company, and more. But it’s the electric car company Tesla that he’s most closely associated with. And it’s Tesla’s skies-the-limit valuation that helped propel Musk into the richest person on earth stratosphere.

This year, though, the Tesla brand’s meteoric valuation has turned south, with the company’s stock price dropping by 55%. Worse, the plunge has increased significantly since Musk took over Twitter.

There are lots of reason why a company’s stock price can fluctuate, including when the CEO himself sold off almost $40 billion of his shares. But what if it’s the company’s brand, and more specifically, how the CEO’s actions have affected that brand, that’s causing the drop in shareholder value?

The Wall Street Journal, Forbes, and Car and Driver, have all done articles demonstrating how Musk’s actions could have affected Tesla’s brand value.

From auto industry researchers Strategic Vision: “Tesla’s brand image is heavily tied to its CEO, Elon Musk,” whose actions “…have had a direct impact on his own image and that of Twitter and Tesla.”

Was that the case back in January of 2022 when Musk called President Joe Biden “a damp sock puppet in human form” and Tesla’s brand value plummeted 11%?

From Forbes: Attacks on Biden would be of no consequence if Musk were simply a private citizen or conservative media commentator. But Tesla, the world’s most valuable carmaker, has to stay in the good graces of a host of federal agencies, including the Securities and Exchange Commission, the Internal Revenue Service, the National Highway Traffic Safety Administration, the Transportation Department and the Labor Department.”

More recently, Musk’s actions on Twitter – restoring banned accounts, eliminating content moderation requirements, supporting QAnon, closing critics’ accounts – have not only allowed hate speech to increase on the platform, but have also scared away advertisers who no longer want to be associated with Telsa’s brand.

From the WSJ: Tesla’s brand “…has been negatively impacted by the Twitter drama. Where before EV buyers were proud to drive their Teslas to their friends or show off Teslas in their driveways, now the Twitter controversy is hurting Tesla’s brand equity.”

What’s more, Musk’s actions seem most likely to alienate the very consumers who were most attracted to Tesla’s brand in the first place; green-leaning, affluent, urban Democrats.

From Car and Driver: “Elon seems to be going out of his way to antagonize this core audience. And research shows Democrats’ view of Tesla has dimmed lately, while Republicans’ opinion of the brand has turned more favorable, although to a lesser degree.”

What does Tesla’s public relations team have to say about all this? Nothing. Musk fired them all in 2020.

Perhaps none of these things would have mattered only a few years ago, back before we were so polarized along political lines. But we all know that that ship has sailed.

Also, not too long ago, Tesla was the consumers’ only choice if they wanted to drive an electric vehicle. But today, EVs are available from scores of makers, both new and old, including Audi, BMW, Cadillac, Chevrolet, Ford, Genesis, GMC, Hyundai, Jaguar, Kia, Lexus, Lucid, Mercedes-Benz, Nissan, Polestar, Porsche, Rivian, Subaru, Toyota, Volkswagen, and Volvo.

Of course, not only can’t consumers name the CEOs of any of those companies, they also don’t know their politics. And that’s an innovation that Tesla’s investors probably wish their company had, too.