by Bruce Turkel | Feb 9, 2021 | All About Them, Branding, Branding Yourself, Building Brand Value, IS That All There Is?, Leadership, Uncategorized | 4 comments 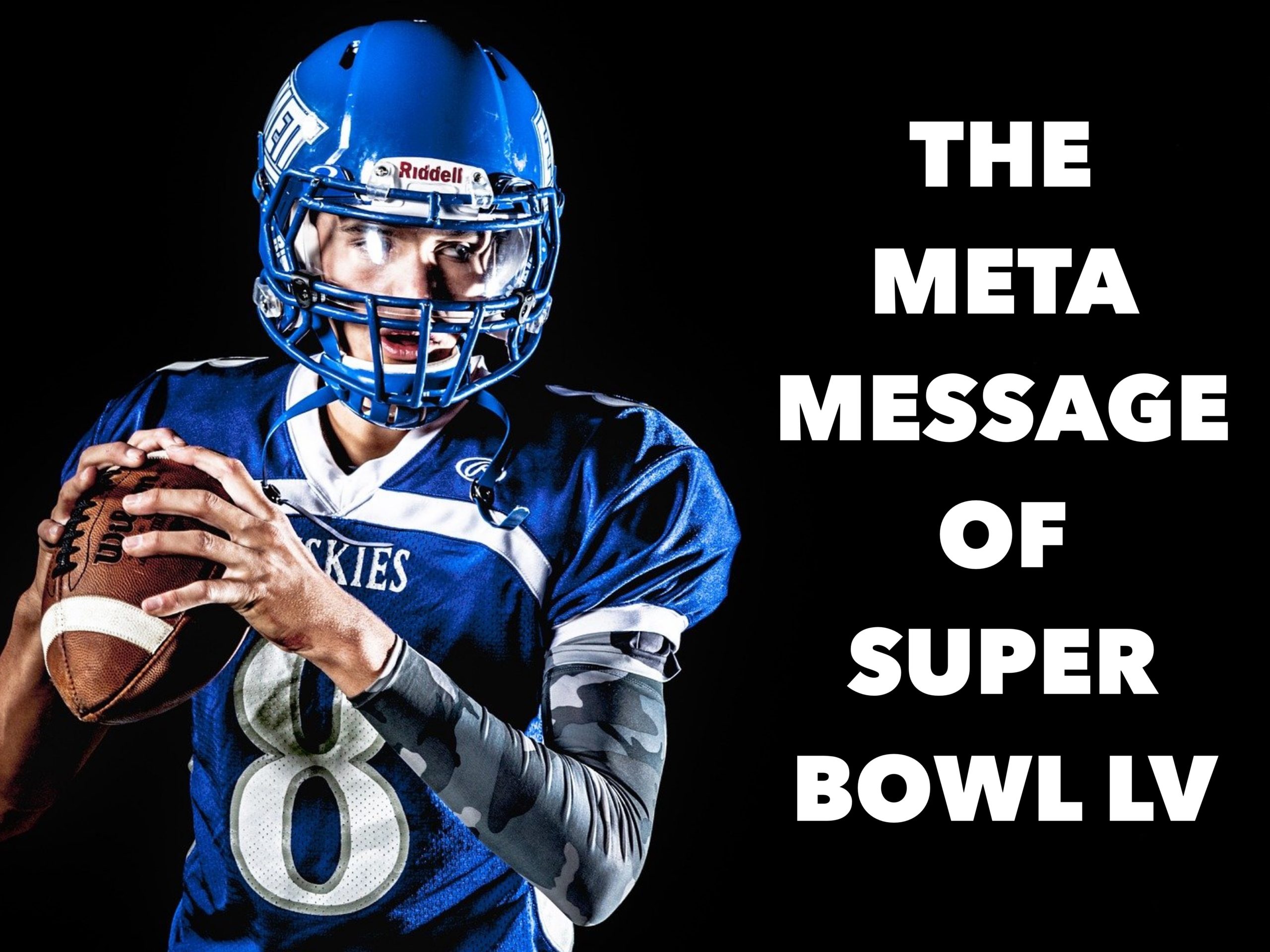 Did you watch Super Bowl 55 on Sunday night?

For the first time in all the games I’ve watched over the years, I thought there was a meta message presented in both the game on the field and in the advertising on the television.

Let me show you what I mean:

I can’t speak for you, but to me the four best commercials of the night were for T-Mobile, Anheuser-Busch, Jeep, and Toyota.

T-Mobile’s ad featured Gwen Stefani and Adam Levine chatting about the kind of person she’d like to date. Because of a bad cellular connection, Levine only heard parts of her list which led him to introduce Stefani to country music star and Blake Shelton, her co-star on The Voice.

Anheuser-Busch’s ad connected the idea of sharing a beer with someone as the cornerstone of creating human connections.

Jeep’s ad, narrated by Bruce Springsteen, was all about the people of the United States pulling together to take us where we want to go (sort of like what a Jeep is supposed to do, I suppose).

And finally, Toyota’s ad was about a couple adopting a baby with disabilities who eventually grows up to be Jessica Long, Paralympics champion. Toyota’s message of unconditional love was powerfully emotional.

So what do these the ads and the game have in common?

I’m certainly no football genius, but it seemed to me that the Bucs won the game for two reasons: First, their punishing defensive line who worked together to harass and contain Kansas City’s QB Patrick Mahomes. And second, the uncanny connection between Tampa Bay’s quarterback Tom Brady and tight end Rob Gronkowski. If you don’t know their history, the two of them worked together for nine seasons in New England, playing in five Super Bowls and never dropping below the fourth highest scorers in the NFL. What’s more, Gronkowski actually came out of retirement to play with Brady one more time.

So again, what do the the ads and the game have in common?

It’s simple, they all rely on the same thing – relationships.

And, like the ads, the game was won because of relationships – the Buc’s defensive linesman’s relationships with one another and Brady’s uncanny relationship with his tight end.

Why does this matter to you and me? Because with all we’ve been through in 2020 – the horrific results of COVID-19, social unrest, and political insurrection, what we require to stop the hurting, to heal, and to push forward to a brighter tomorrow are relationships. Exactly what you watched during both the game and the commercial breaks was exactly the message we all need to improve our lives.

To help you do this, I’m planning three new Strategic Roundtables all committed to helping you build lifelong powerful relationships. Each Roundtable is structured to bring people like you together to share their experiences, skillsets, and contacts to help you achieve exactly what you want – and what you need – to prosper.

If you want to discover your next great idea and find the team to help you accomplish it, just click HERE. Because as Bruce Springsteen said, “The very soil we stand on is common ground.”