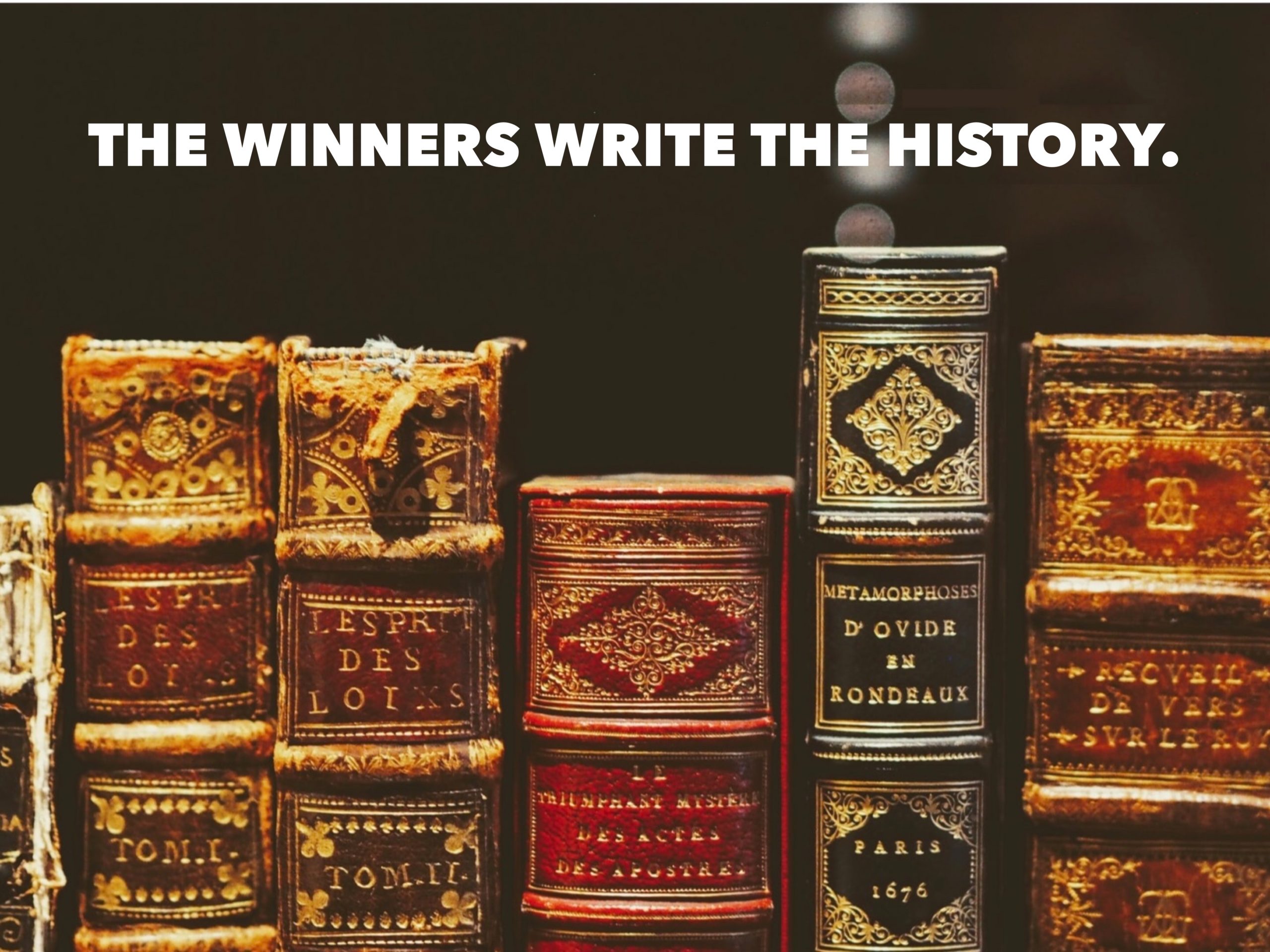 You probably know Matt Groening as the wildly successful creator of The Simpsons. The show is the longest-running primetime series in US and has won 32 Emmy Awards, ten in the category of Outstanding Animated Program alone. What’s more, its record 636 episodes have been nominated for the Emmy 89 times.

Believe it or not, The Simpsons is number four on the list of Emmy winners, behind only Fraser, Game of Thrones, and Saturday Night Live. That means the cartoon has bested most of your favorite shows, including Cheers, Hill Street Blues, The West Wing, The Sopranos, Taxi, Mad Men, Star Trek, Sex and the City, and every other show that’s been on television.

But before all these accolades, it didn’t look like Groening (rhymes with “complaining”) would be such a breakout success.

He first sold his cartoons at a Portland record store for two dollars each. He made a living delivering newspapers for more than six years.

Groening drew a series of cartoon strips, starting with Life in Hell, followed by Love Is Hell, Work Is Hell, School Is Hell, Childhood Is Hell, and Akbar and Jeff’s Guide to Life. Life in Hell — his first published strip —  was unceremoniously cut from the newspaper after Groening wrote an angry letter to the editor about another writer.

Clearly the thread behind all of these strips was the word Hell.

Groening’s future took a turn for the better when the producer of The Tracey Ullman Show asked him to create a series of cartoons based on Life in Hell. Instead, Groening created the new cast of characters who populated The Simpsons. The series was so successful that it not only catapulted Groening to unmatched success but it helped the nascent Fox Network become a primetime powerhouse.

Groening’ story is a typical American rags to riches tale, following much of the same path as an original Horatio Alger story.

According to Wikipedia, “Horatio Alger Jr. (1832 – 1899) was an American writer of young adult novels about impoverished boys and their rise from humble backgrounds to lives of middle-class security and comfort through hard work, determination, courage, and honesty. His writings were characterized by the ‘rags-to-riches’ narrative, which had a formative effect on the United States during the Gilded Age.” What’s more, Alger’s tale of the self-made man has become a popular trope that drew a map many Westerners think their life should follow.

Director Matty Rich could have also been a character out of a modern Horatio Alger rags-to-riches story. His blockbuster movie, Straight Out of Brooklyn, was made when Rich was just 19 years old. Rich did well on the awards circuit, winning the Special Jury Prize at Sundance and the Independent Spirit Award for Best First Feature. What’s more, George T. Odom was nominated for Best Supporting Male and Harold Wheeler was nominated for Best Film Music.

Rich financed his movie with maxed-out credit cards and loans from family members. He even went on a New York radio show and raised $77,000 in donations from listeners. He ultimately spent $450,000 to shoot the movie. That proved to be a good investmen as Straight Out of Brooklyn went on to gross $2.7 million at the box office.

According to his Wikipedia profile, today Rich is CEO of Matty Rich Games in Los Angeles. The company specializes in family-oriented and Christian-themed video games for the African-American community. All in all Rich’s life – and his business – seems to be very successful.

We know about Rich because his movie was a hit in the box office and his almost half-million dollar investment earned an ample 600 percent return on his money. So how many fledgling screenwriters heard Rich’s tale and followed in his footsteps? How many moviemakers maxed out their credit cards, begged and borrowed life savings from their friends and family, and maybe even took out a second mortgage on their homes, only to see their movie not get produced or fail miserably? How many of those wannabe producers wound up declaring bankruptcy, being ostracized by their families, and watching their homes fall into foreclosure?

We almost never hear the tales of the defeated, only the winners. We barely ever get the opportunity to learn from others’ mistakes; instead we wind up trying to emulate the paths taken by the victorious. No one promotes tales of woe, only cries of success. After all, what myth, what movie, what legend, what saga would excite audiences with stories of failure and loss?

Instead, authors and moviemakers promote the winners, the exceptional successes, the rags-to-riches tales, the stories of victory snatched from the jaws of disaster. Why? Because that’s where the drama and the excitment lives. We all want to cheer for the winners because we want to believe we can be winners too. But we don’t want to be reminded of what happened to the losers because we don’t want to entertain the terrifying notion that their fate could also be ours.

PS – The last six months have been tremendously rewarding because I’ve been helping a lot of people. The biggest win has been the terrific success of the Strategic RoundTables I put together to help folks who were trying to figure out what’s next for them. I’ve been overwhelmed by the results and the heart-warming affirmations I’ve received.

PPS –  Participants in the RoundTables confirm that they gained in three ways – lifelong relationships and support, new ideas for next steps, and a renewed sense of confidence and hope. Man, that makes me feel good.

PPPS – If you are serious about enhancing your business and enriching your life and you are both interested and ready, check out www.TogetherWithTurkel.com. If you like what you see and think this might be a good fit for you, let’s chat about what we can do together. Just email me HERE.