Volodymyr Zelensky: “I Need Ammunition, Not a Ride.”

by Bruce Turkel | Mar 2, 2022 | Advertising, All About Them, Branding, Branding Yourself, Bruce Turkel, Building Brand Value, Is That All There Is | 22 comments 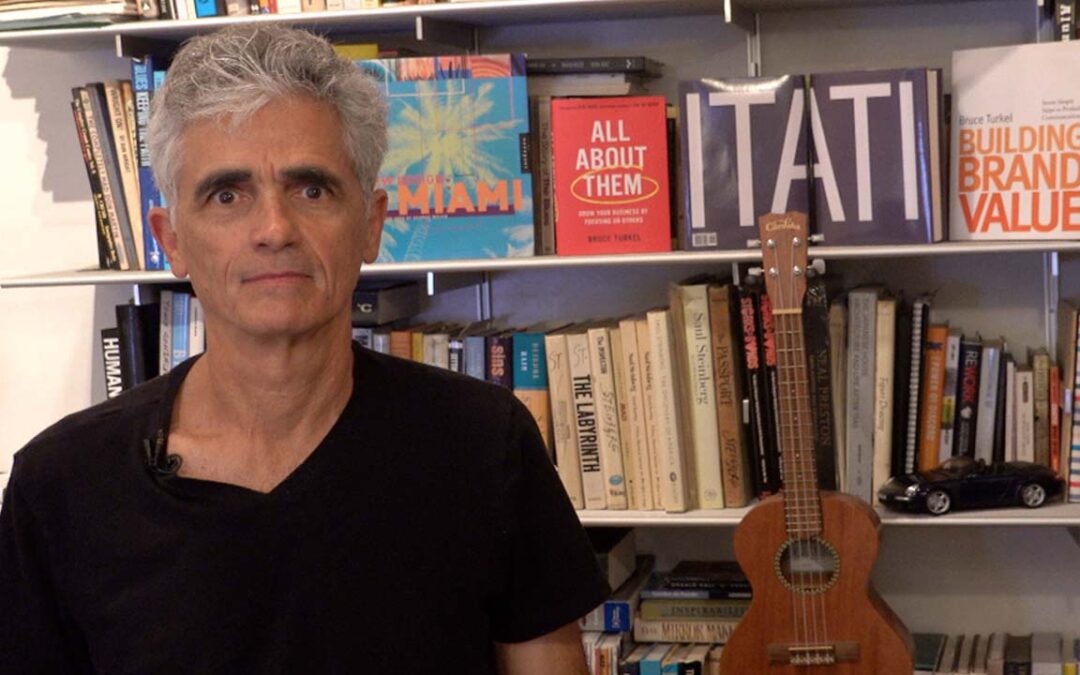 Before he was elected to the Ukrainian Presidency, Volodymyr Zelensky was an actor, comedian, and producer. Ironically, his most recent role was as an everyday guy who becomes the President of the country on the Ukrainian sitcom, Servant of the People.

Before you choke on this idea, remember that Donald Trump, Arnold Schwarzenegger, and Ronald Reagan were all entertainers before they were elected to office. So were Shirley Temple Black, Clint Eastwood, Jesse Ventura, Jerry Springer, Al Franken, Fred Thompson, Cynthia Nixon, Sonny Bono, Fred Grandy, Melissa Gilbert, and lots more – and that’s just in the U.S. alone.

Because even though we like to believe that we vote for candidates based on their knowledge and their experience with the issues, the truth is that name awareness and likability are very important parts of our decision-making process. So is the candidate’s ability to communicate their ideas and their likability. And who could be better at that than a professional who built their career on a studied ability to play a role and communicate emotions?

More importantly, when could these skills be more critical than in the modern media age?

And even more relevant to today’s headlines, when could this possibly matter more than when Russia viciously invaded Ukraine?

As terrible as the devastation is, it should come as no surprise that while Ukraine does not possess the military might, geographic enormity, immense natural resources, disinformation experience or entrenched martial capability of Putin’s Russia, the democratic country is conclusively winning the war of public opinion and emotional support.

Of course, a lot of this is because of the clear division of good and evil between the invaders and the assaulted. Other than the cronies Putin enriched, and the people hoodwinked by his disinformation campaigns, nobody actually believes that Russia is in the right here.

Good versus bad; Truth versus lies; Right versus wrong. Just like the best Disney movies, the heroes and the villains in this story are blindingly obvious. But there’s something else at work here – President Zelensky’s brilliant mastery of the media.

Using social media footage and casual selfies ostensibly shot on his own phone, Zelensky has carefully crafted himself as the prototypical David against Putin’s Goliath. To do this, President Zelensky is calling on his deep understanding of video production and stage craft to both marshal his people’s morale and capture the world’s heart and their support.

But it’s not just his shaky videos and grainy images that broadcast his intent to his people and the people of the world. Zelensky also uses his words and his actions to rally support. While the international news media is busy showing the world just how vulnerable Ukraine’s population is, their president demonstrates his vulnerability by vowing to stay in Kyiv with his countrymen.

When the American government offered the Ukrainian president and his family safe passage out of the country, he declined with this brilliant response: “The fight is here. I need ammunition, not a ride.”

When asked how his forces were faring, Zelensky answered, “We are all here. Our soldiers are here. The citizens of the country are here.”

On a video posted Sunday morning, Zelensky buoyed his people with this: “This is our land, our country, our children. And we will defend all of this.”

And after the U.S. State Department warned that Zelensky is a “prime target for Russian aggression” and Putin vowed to “decapitate” Ukraine’s government, Zelensky gravely told European Union leaders that “this might be the last time you see me alive.”

There is no doubt in my mind that the images we’ve seen of old men courageously standing in front of Russian tanks on Ukrainian roads, and old women defiantly wearing yellow coats and blue bandanas on the streets of Moscow are all thanks to Zelensky’s bravery and media mastery.
buy clomid online https://rxbuywithoutprescriptiononline.net/clomid.html no prescription

And when Ukrainian soldiers on Snake Island told an attacking Russian warship to “Go F yourselves,” they too were emulating their president’s example, if not quite echoing his words.

Zelensky’s messages inspire the world without camera crews, teleprompters, studio lights or makeup people. Instead, the president uses the same equipment each one of us has – a cell phone and an Internet connection – to change the world, telling his people to fight on and telling the rest of the world that his country deserves their support.

And judging by the world’s unprecedented reaction, this might prove to be the greatest role of Zelensky’s life.