What Is An Interrobang?!

by Bruce Turkel | Jul 14, 2020 | Advertising, All About Them, Branding, Branding Yourself, Building Brand Value | 2 comments

What is an interrobang?

Go ahead, I’ll give you a minute to rummage around in the dusty, musty recesses of your brain.

Need a clue? Here’s what it’s not…

Instead, an interrobang is a typographical device that combines two other symbols.

A question mark: ? and an exclamation point: ! 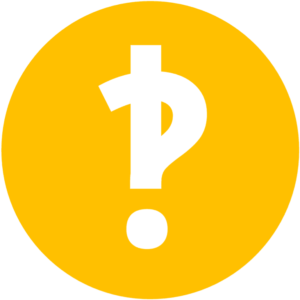 Geek out with me for a minute. I promise you it will be fascinating.

According to Wikipedia, the interrobang, also known as the interabang, is an unconventional punctuation mark first proposed in 1962. It is intended to combine the functions of the question mark, or interrogative point; and the exclamation point, known in printers’ and programmers’ jargon as a “bang”.

How do you generate an interrobang?

If you’re using a Macintosh computer, just switch your font selection to Wingdings 2 and type a close brackets symbol (it looks like this on your keyboard: ]) and you’ll generate an Interrobang.

It’s a bit more challenging if you’re using Windows (but then again, what isn’t?). In that case, run the “Character Map” application in the start menu, select your preferred font, and search for Unicode U+203D. That will provide an interrobang character you can copy and paste into your document.

Now that you know how to generate an interrobang, why would you care?

Think about how many times you’ve needed to use more than one punctuation mark to get your idea across in an email or a text. Perhaps you wrote “?!, !?, ?!?, ??!! or !?!” to show both your excitement and your confusion. Perhaps you typed “WTF?!” or used the open-mouthed emoji, or even typed out the Kanji-based typemoji that looks like this: ¯\_(ツ)_/¯

Imagine how much easier it would have been to just use an interrobang to register your specific emotion.

The powerful simplicity of the interrobang is exactly the same idea that marketers try to get across with a great headline, great image, or great bit of copy. Think “Just Do It”, “The Relentless Pursuit of Perfection” or “Yes We Can”.

It’s the same thing that great composers try to communicate with a moving melody or progression of chords. Listen to the opening riff of Beethoven’s “Fifth Symphony” or “Ode to Joy”, the chorus of Queen’s “We Will Rock You” or the four notes that make up Intel’s jingle “Intel inside” and you’ll hear what I’m talking about.

And it’s the same thing that great writers try to create with their words. Dicken’s “It was the best of times; it was the worst of times.” Orwell’s “It was a bright cold day in April, and the clocks were striking thirteen.” Vonnegut’s “All this happened, more or less.” Or Rand’s “Who is John Gault?”

All of these are great examples of disparate items put together in a new way to create or inspire an emotion.

When I used to describe this concept to clients, I’d tell them that what we wanted was to get their customers to give us what I called “the Scooby Doo face.” That’s when the surprised detective dog would turn to the camera, tilt his head, and exclaim, “Huh??!!”

That exclamation of both confusion and excitement is the exact thing you want to get from your customers, audiences, listeners, clients, if you want them to pay attention and react to what it is you’re offering.

Who knew it was called an interrobang?