What Really Happens if You Build a Better Mousetrap?

by Bruce Turkel | Jul 8, 2020 | Advertising, All About Them, Branding, Branding Yourself, Crisis Management | 4 comments 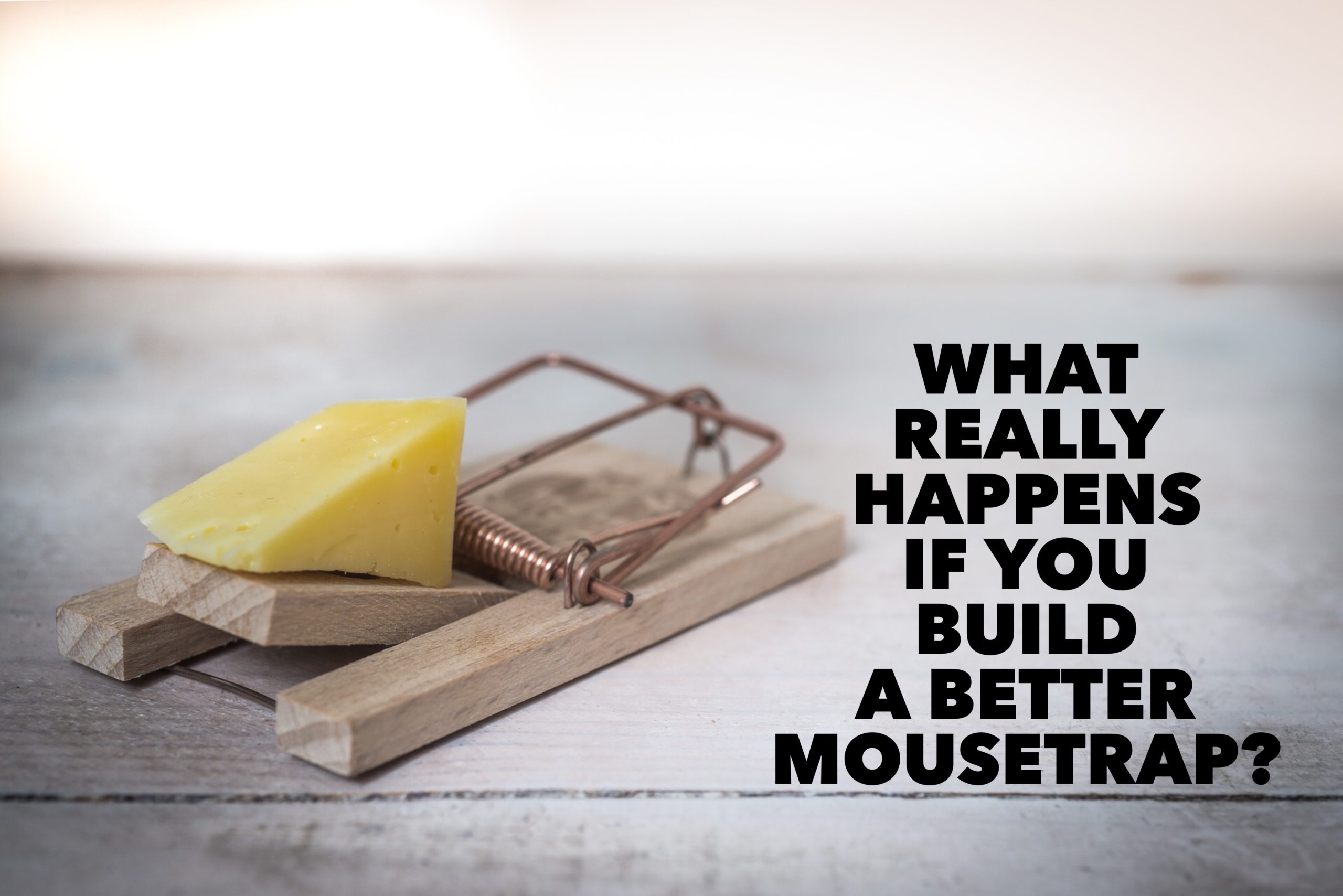 We’ve all heard the old saying, “If you build a better mousetrap the world will build a path to your door.”

Trouble is, that’s not true.

If you build a better mousetrap, the world WON’T beat a path to your door. You will just wind up with a bunch of dead mice.

The history of business and technology is riddled with better products that lost leader status and market share to lesser competitors: Sony Betamax, New Coke, Polaroid Instant Home Movies, Apple Lisa (and almost Apple’s Macintosh), and many more. They are all examples of the times when a fickle consuming public chose an inferior product they felt better met their needs.

According to Inc. Magazine, “Entrepreneurs often think only the best product will let them succeed. But sometimes ‘best’ isn’t what your customers really want… to understand what will work, you need to understand explicitly what motivates your customers. …You don’t have to pour money into topping every competitor. You just have to provide people what is actually most important to them in such a way that you can sustain a business.”

Need a more timely example? Take a look at politics.

Why is it that our best and brightest, the people with true knowledge, experience, and credentials often get passed over for less capable demagogues who have the charismatic ability to speak directly to their constituents?

Why is it that expert advice is often ignored at great expense while storytelling and fables are often followed?

How is it that Kentucky senator Rand Paul was actually able to tell Federal Health Officials (including Dr. Anthony Fauci) that “we shouldn’t presume that a group of experts somehow knows what’s best” and he wasn’t laughed off the dais? How was Senator Paul able to suggest that when it comes to dealing with the Coronavirus crisis Americans “just need more optimism” despite the fact there are currently more than three million confirmed cases of Covid-19 in the U.S. that have resulted in more than 131,000 deaths already?

But Paul’s supporters WANT a senator who confirms their own personal opinions of the way the things work and are willing to eschew facts and risk their lives in order to protect their own fragile world view.

People don’t buy the best products. And they don’t vote for the politicians who do a better job. Instead they make their decisions based on the products and politicians who make them feel better about themselves.

Just like the logo on the front grill of a car tells us what personal persona the driver wants to portray, the political sticker on the back bumper does the same thing. Simply put, the products we buy, and the politicians we vote for, help us define who we are to the world and to ourselves.

Whether or not the product – or the politician – is actually the most qualified for the job is vastly less important to our purchase decision than how we feel about it.