Why You Need to Hear the Periodic Table’s story… 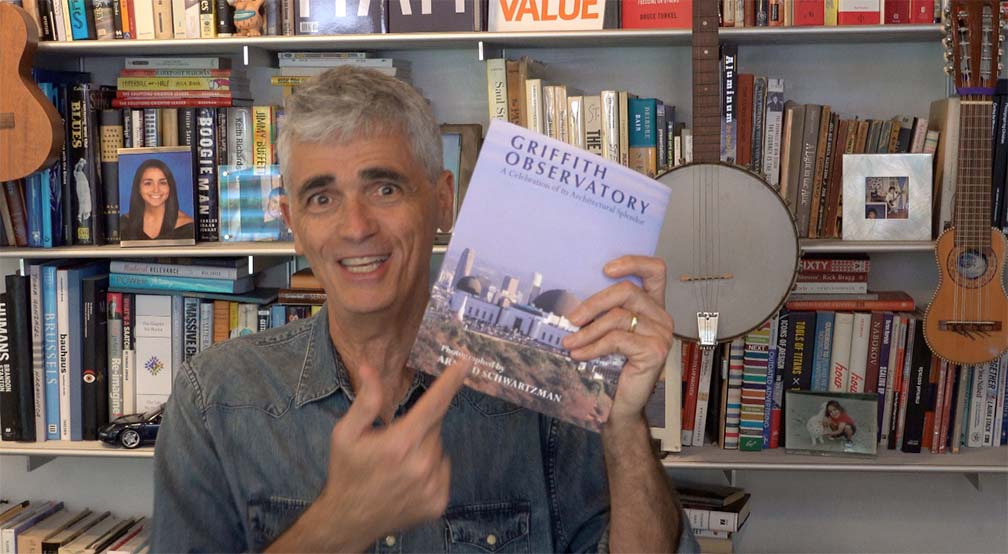 I can’t speak for you, but whenever someone mentions “The Periodic Table,” my eyes glaze over just like they did when I tried to memorize its patterns back in Mr. Schultz’s 11th grade chemistry class. Today I sometimes come across a question about the table in The New York Times crossword puzzle but that’s about the only time I ever even think about it anymore.

That’s when my daughter Ali and I were touring the Griffith Observatory in Los Angeles. If you haven’t been yet, the Observatory is an architecturally splendid Art Deco museum perched atop Mount Hollywood where it overlooks the sprawling city.

Built in 1935 as a philanthropist’s gift to his adopted hometown, the observatory houses the Zeiss 12-inch twin refractor telescope. More people have marveled at the heavens through the Zeiss than through any other telescope on the planet.

The Griffith also features a wall-size model of the periodic table that includes actual samples of almost all of the elements in the known universe (except the highly radioactive ones which are represented by facsimiles). I was walking quickly past it when I heard museum guide Robert Paterno say, “The Periodic Table is actually a story.”

THAT stopped me in my tracks. And lucky for all of us, I turned on my video camera and recorded Paterno’s spiel:

“So, the big bang happens,” Paterno started, “and the universe is just an enormous and gassy hot mess. It takes millions, billions of years for things to cool down.
buy flexeril generic buy flexeril online no prescription
And that’s when stars finally formed. Stars like our sun.”

While he’s talking, Paterno is lighting up different sections of the periodic table model that correspond to the elements he’s discussing. All of a sudden, their placement on the chart starts to make more sense than it ever did in class.

“Outside of the stars, which are fueled by hydrogen, (Paterno presses a button and the “Hydrogen” lights up) there’s thermonuclear fusion happening. And it is transforming hydrogen into light, heat, energy, and then all of these elements (more squares light up). You see, the universe is a giant element factory. It’s creating sodium, calcium, aluminum, silicon, iron, and all of the heavier elements here (more squares start to glow).

But iron is the really important one. Iron is unique to these other elements because it requires more energy to produce iron than to release light, heat or energy. And that’s really bad news if you rely on a star for light, heat, and energy.

So, the star is starting to cool, and element production is basically slowing down. It’s like a mini pandemic inside of the star. And if the star is large enough, at some point it’s no longer able to manage the reduction in production and it goes supernova and self-destructs.
buy cialis black generic buy cialis black online no prescription

Two things happen; first the star implodes and then it explodes. And when it does, all of these elements inside of the star get fired out into the depths of the universe. So much energy is released in that explosion that it creates all of the heavier elements right here on the table.”

Paterno lit up the row of heavy elements and continued with his story. “From this combination of thermonuclear fusion and then explosion, we got the rest of the elements. We also have this whole row that’s unlinked, (Paterno lit up another row) because these all are human-made elements that were produced in labs. But basically, everything but this row comes from either the internal production or the explosion of a star.

THAT means that every element created in the stars, and every element created from the explosion of stars, they’re found in you and me. Everything inside of us came from this cosmic miracle at the beginning of time.  Light, heat, and energy were flung to the far reaches of our galaxy and ended up here in the periodic table.

And inside of you and me.

As Carl Sagan wrote in his book Cosmos, we are all made of star stuff, because literally everything inside of us came from the stars. That’s why The Periodic Table is my favorite exhibit because it tells the story of who we are and where we came from and where we’re going. And I think it’s even more important in these super weird, pandemic times to know that the universe is still chugging merrily along, and that we’re all a part of it.”

I think so as well. And I hope you do too. Thank you, Robert.