You Are Known By The Company You Keep. 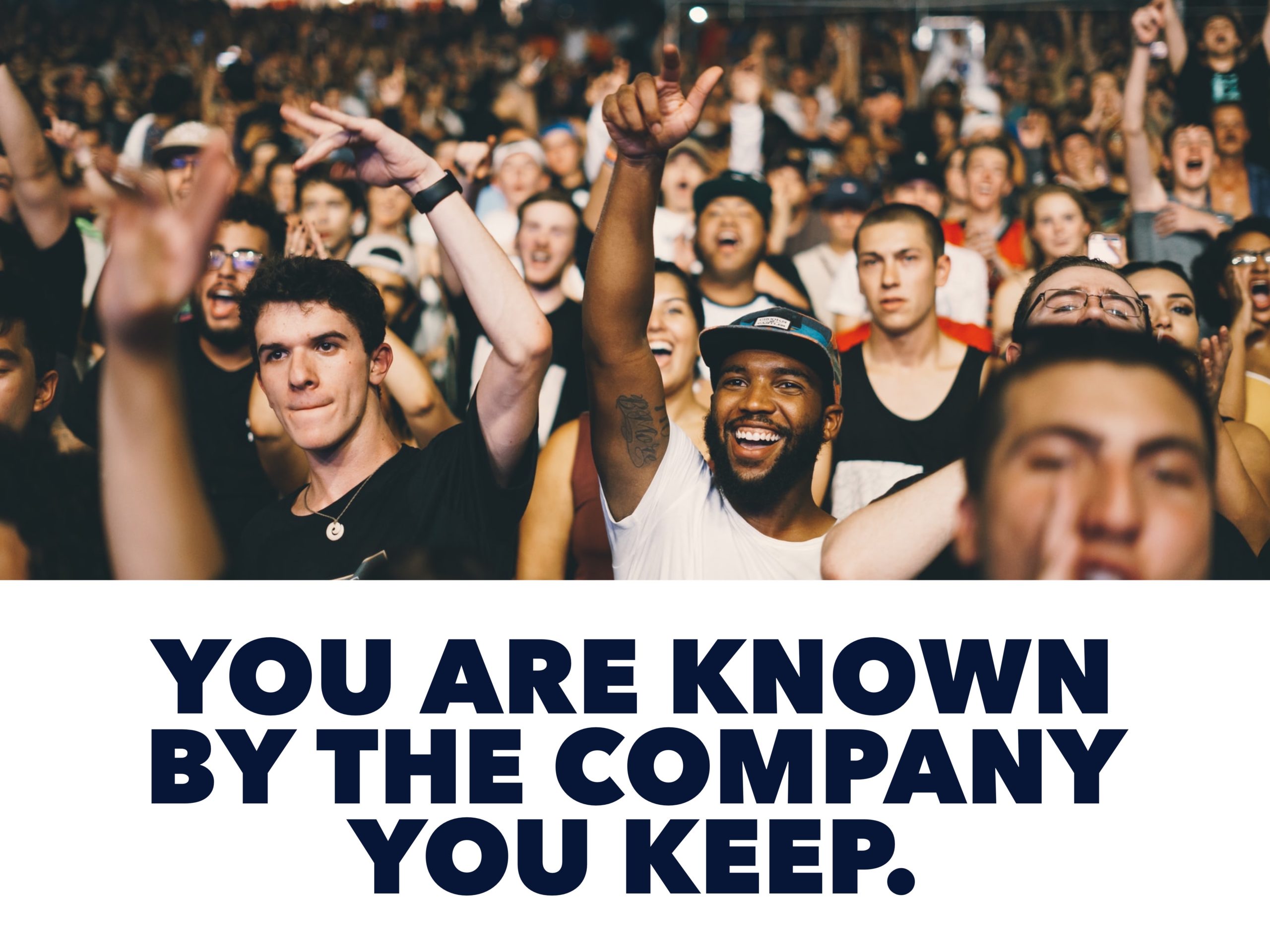 I like it when I see a collection of political candidate signs clustered together on someone’s yard. Especially when the assortment includes a sign for their preferred presidential candidate.

That’s because as much as I try to stay up-to-date with local and regional politics, I often don’t know about a specific commissioner, judge, or state senator, let alone agriculture or insurance commissioners, school board members or state representatives.

Don’t worry, this isn’t a political rant. It’s simply a brief exploration into identity, branding, and the decision-making process that affects you and your business every day.

What’s more, if the names are displayed at a place of business – on the lawn alongside a gas station for example, or the bumper stickers stuck on the back of a work truck – then I also make the instant decision of whether I’ll do business with that company or not.

Is it a fair or even accurate way of deciding on various candidates? Probably not. After all, who’s to say that the choices are consistent? Maybe the person who brought out the signs likes candidates from different parties or different political leanings based on lots of different reasons. Maybe their choices are based on specific local concerns that I know nothing about. Maybe the signs represent people they know or people they’ve studied or people they’ve had dealings with.

But it doesn’t matter why they’re there. As my wife’s grandmother Raquel used to say, “Tell me who you know and I’ll tell you who you are.” Candidates – just like ordinary people – are guilty by association whether they deserve it or not.

In July 2007 The New York Times found that 57% of Toyota Prius buyers said their main reason for driving the little hybrid was that “it makes a statement about me.” Only 37% cited fuel economy as their prime purchase motivator. Shortly afterwards The Washington Post columnist Robert Samuelson coined the term Prius Politicsto describe a situation where the driver’s desire to “show off” is a stronger motivator than the desire to do something meaningful; in this case, curb greenhouse gas emissions. Former Central Intelligence Agency (CIA) chief at the time, R. James Woolsey, Jr., said that because oil profits find their way to terrorist groups like al-Qaeda, “Americans who buy inefficient vehicles funded terrorism. “

Imagine! Not only does driving a Toyota Prius tell the world that the driver is socially and environmentally conscious, but according to the CIA chief, not driving one suggests the driver supports terrorism. Quite a big responsibility for such a little car! Clearly The Washington Post was right when it dubbed hybrid cars, “Hollywood’s latest politically correct status symbol.”

What are you telling the world about who you are by what you drive, what you wear, what you post on Facebook and Instagram, or whose campaign signs you display in your yard? And it doesn’t end there. With sites like OpenSecrets.org able to show all your political donations, BizStats.com providing your financial information, and BlackBookOnline sharing your public records, including any criminal and court information, even the things you believe you’ve done in private are available for public disclosure, discussion, and disapproval.*

Whether all of this is good or bad, fair or not, is beside the point. Because as we become ironically more connected and simultaneously more partisan and divisive, the iconic indicators of our beliefs, actions, purchases, and values will become the shorthand gauges for whom we will and won’t do business with.

And who will and won’t do business with us.

*Thanks to my good friend and online search genius Sam Richter for this Internet insight and information. If you want to know more about how to really use Internet data to your advantage, you can reach Sam at sam@samrichter.com