by Bruce Turkel | Nov 30, 2021 | All About Them, Branding, Branding Yourself, Bruce Turkel, Building Brand Value, Is That All There Is | 1 comment 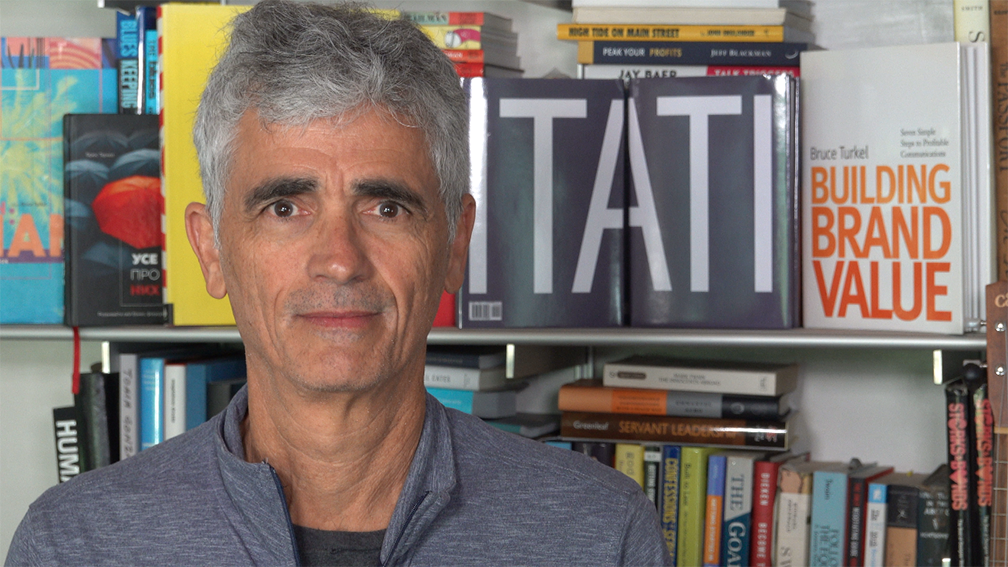 If you’re like most people I know, this month feels a whole lot  different than the last 20 or so months, doesn’t it?

Businesses are reopening. People are heading out on vacations. Clients are suddenly interested in talking again. Revenue is up, pessimism is down.

Porsche just recorded their most profitable quarter in the entire history of the company. So did Amazon. Tesla too.

It’s the same for me. All of a sudden I’m getting calls to headline at speaking events again. Companies are calling for help with their branding and messaging strategies. Even my band is getting gigs.

I’m guessing the options and opportunities are increasing for you, too. Seems like life is kinda sorta getting back to normal, doesn’t it?

But there’s a new wrinkle bubbling right under the surface, isn’t there? Because after nearly two years of sheltering-in-place, staring at your navel, considering your options, maybe you’re not so excited about going back to the status quo. Maybe you don’t want business as usual to be so usual anymore.

Maybe you’re at a turning point. You want to stick with what you know, what you love, but you want to do it differently too. Trouble is, there are so many things you could do and so many different ways to do them that it’s hard to decide which is the correct course. It’s an embarrassment of riches so to speak.

With all those moving parts to choose from, what do most people do?

Well they either do nothing or they try to do everything at once.

But of course that does’t work either. Because if you’re running down every different rabbit hole you come to, pretty soon you have no idea where you’re going or what you’re doing. You can’t pursue everything, you have to pick a lane.

But which one? How do you know what’s the right course to take?

It’s actually quite simple – all you have to do is focus on your optimal outcome.

Try looking back from 20 years in the future and answering this question: “What did I do 20 years ago to get me where I am right now?

When I asked a friend of mine this question, he told me a quick story:

“I was at a similar point about a few years ago when a buddy asked me ‘What would excite and motivate you for the next 20 years?’”

That got him thinking until he realized what he wanted to do. His revelation ultimately resulted in a complete change in his business and his life. The only things he didn’t change were his wife, his dog, and his insistence on wearing shorts and tee shirts instead of suits and ties.

It hasn’t quite been twenty years yet, but he says that his entire life – and his entire life’s transformation – came from that very simple question. And all these years later he’s still as excited about what he’s doing as he was the first day he started.

For the last few years I’ve been writing my latest book, Is That All There Is‽ I discovered that while everyone deals with the random ups and downs, the people who’ve been most successful living the lives they want to live are the ones who took time to answer a similar question.

But then they need to start asking new questions, such as “What do I want?” “What makes me feel good?” “What makes me happy and healthy?” “What wakes me up in the morning all revved up and excited?” “Which ideas of mine do I still believe in, and which ones do I want to fulfill?”

Then, instead of waiting for someone else to tell you what to do, you need to sit down in your own executive chair and tell yourself what you want. And you need to start exploring because there’s no map for that, no spelled-out itinerary. It’s trial by success, not by error.

And right now, as we’re approaching a new year and new opportunities, it’s the perfect time to ask, “What do YOU want?”