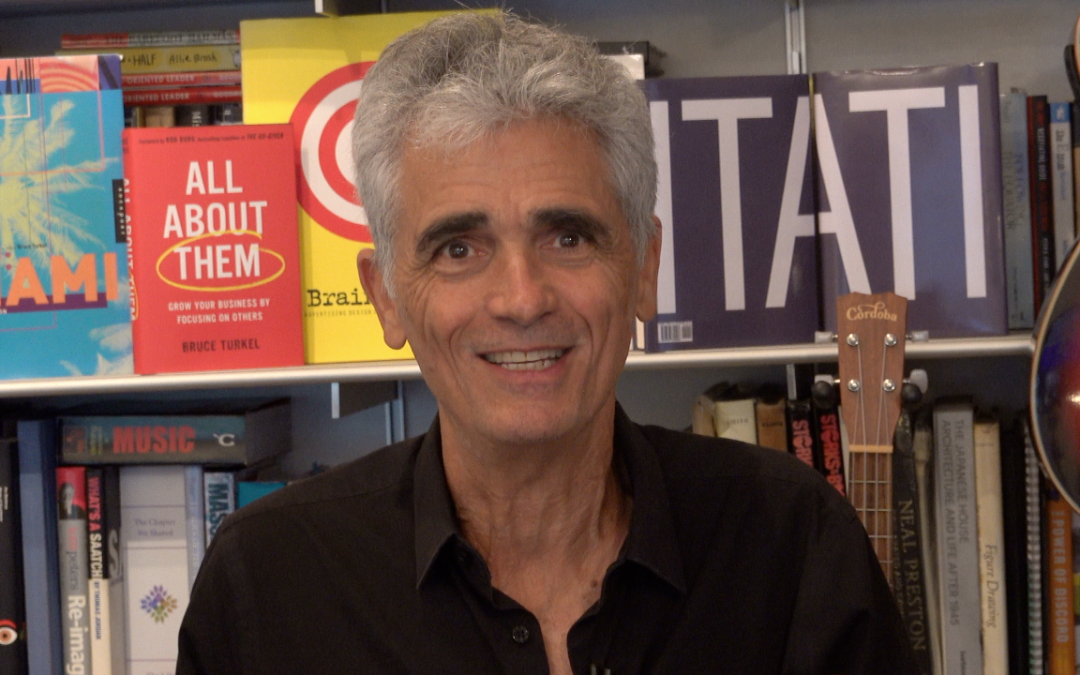 It happened smack dab in the middle of my happy place.

We were in my boat, zipping across the waves somewhere off the coast of the lower Keys.

The sun was warm, the breeze was cool, and the current was flat and calm. But that’s when we noticed the storm.

Although most of the rest of the sky was a beautiful blue, the stormy area was an angry gray black that blocked out the sun and turned the puffy white clouds the color of charcoal.

For those of you who don’t know, rainstorms and dynamic weather are fairly regular occurrences when you’re on the water in South Florida. Because you can see the storms from so far away – and because they’re mostly slow moving – you can usually outrun them. And when you can’t, it usually just means you’ll get bumped around a bit from the rougher water and get doused with what we euphemistically call “a fresh-water rinse.”

Except when there’s lightning. Because when the heavens start hurling glowing electrical bolts at the earth, it can get downright frightening, not to mention dangerous. Lightning is when stuff gets real, real fast.

And lightning is often what happens when storms merge. Suddenly the sky goes from a darkening gray to gates-of-hell black. The barometric pressure plunges so quickly you can feel the temperature drop and the sky is lit up by terrifyingly bright bolts of lightning, followed by raucous booms of thunder.

So there we are on the boat, when all of a sudden, the three dramatic rainstorms far away on the horizon start moving closer and closer together until they become one giant, hissing monster bearing down on us. That’s when the boat throttle gets pushed all the way forward, everyone holds on tight to the gunwales, and we hope that every single one of my outboard engine’s horsepower will get us home as quickly – and as safely – as possible.

Clearly the boat was faster than the storm because I’m still around to write this post (you probably figured that out already). And if you’ve read these posts for a while, you probably also realize that this post isn’t really about boating or the weather. Instead, the storms in my story serve as metaphors.

In this case, they represent your skills and talents.

Individually, your abilities are formidable and beautiful, just like the various rainstorms on the horizon. Thanks to them, you’re capable and impressive and good at getting the job done.

But it’s when you merge your skills that everything changes. Because while your individual talents are admirable, it’s when you join them together that they morph into your superpowers. Combining your gifts – also known as Skill Stacking – not only supplements the clout of each individual talent, but also sets you apart. After all, your competition might have some of your talents, but they certainly don’t have the same unique combination of powers that you do. No one does. That’s one of the wonderful things that makes you, you.

Just like when the pleasant rain showers on the horizon collide and become life-threatening electrical storms, combining your abilities also makes each one of them more and more potent and more and more powerful. And properly applied, this combination proves the old adage that “the whole is greater than the sum of its parts.” Except in this case, the whole is you. And you’re stronger, more capable, and more powerful because of that collision.

Just like that “OH MY GOD” storm we outran in the Keys the other day.