Build Your Business With Emotion, Not Reason 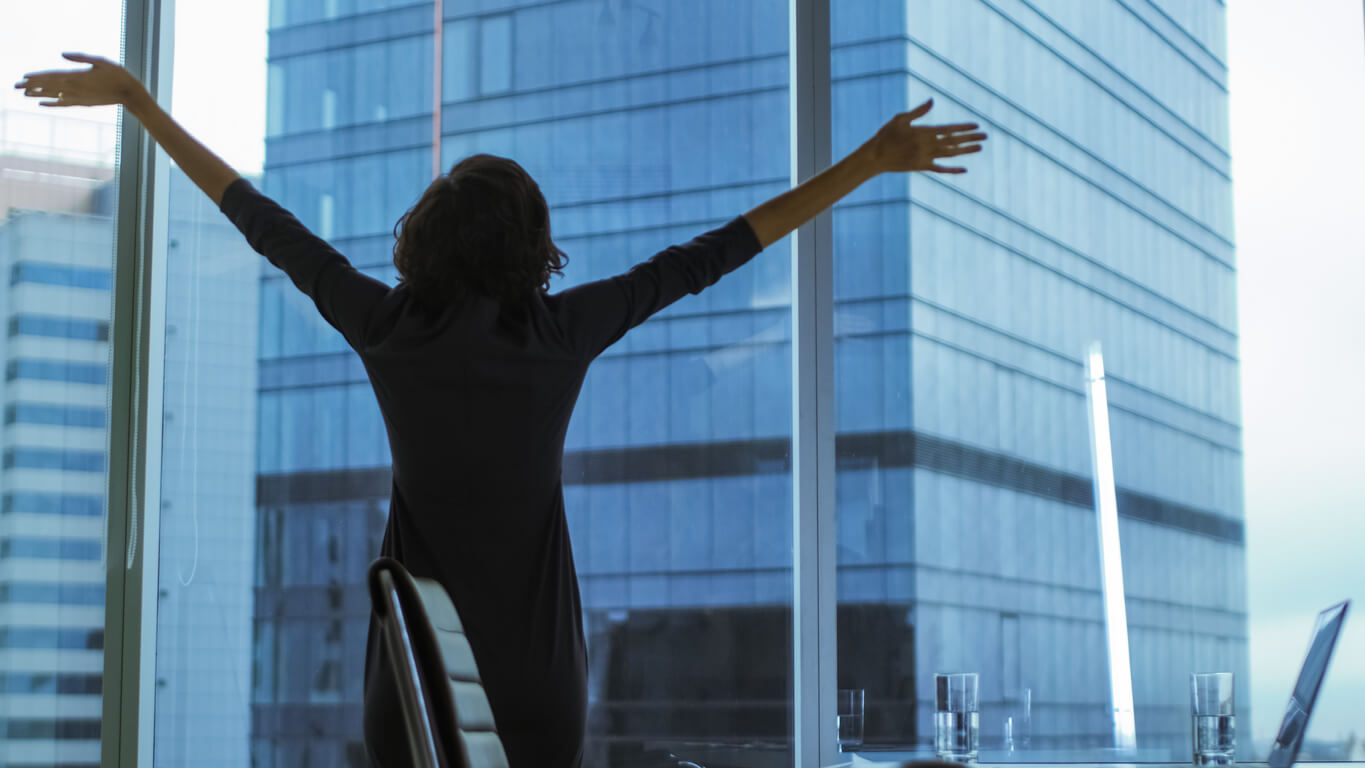 It’s time for you to market your business like a pickup truck. That’s because Fiat Chrysler Automobiles (FCA) is about to release their 2020 Jeep Gladiator; a midsized truck based on their best-selling Wrangler four-door SUV. The Gladiator is a nostalgic recreation loosely inspired by Jeep’s original Gladiator pickup truck that was built between 1962 and 1988.

When it debuts, the big Jeep will sell for almost $10,000 more than its immediate competitors from Ford and Chevy.  According to The Wall Street Journal, there is a “…growing distance between daily transport and a high-capacity lifestyle vehicle…” and that’s the reason Jeep can charge such a high price.

But it’s not just trucks that sell based on their emotional quotient. Jeep is releasing the Gladiator at the same time that CNN veteran White House correspondent Jessica Yellen commented on the current state of another industry that runs on emotion – television news. According to Yellen, “…a lot of (cable) news is indiscriminate with people’s emotions – everything’s a mountain, nothing’s a molehill.
buy wellbutrin generic buy wellbutrin online no prescription

Yellen wonders whether “…there is a way you can tell calm, succinct, smart news to people without triggering a panic attack – and still build an audience.” 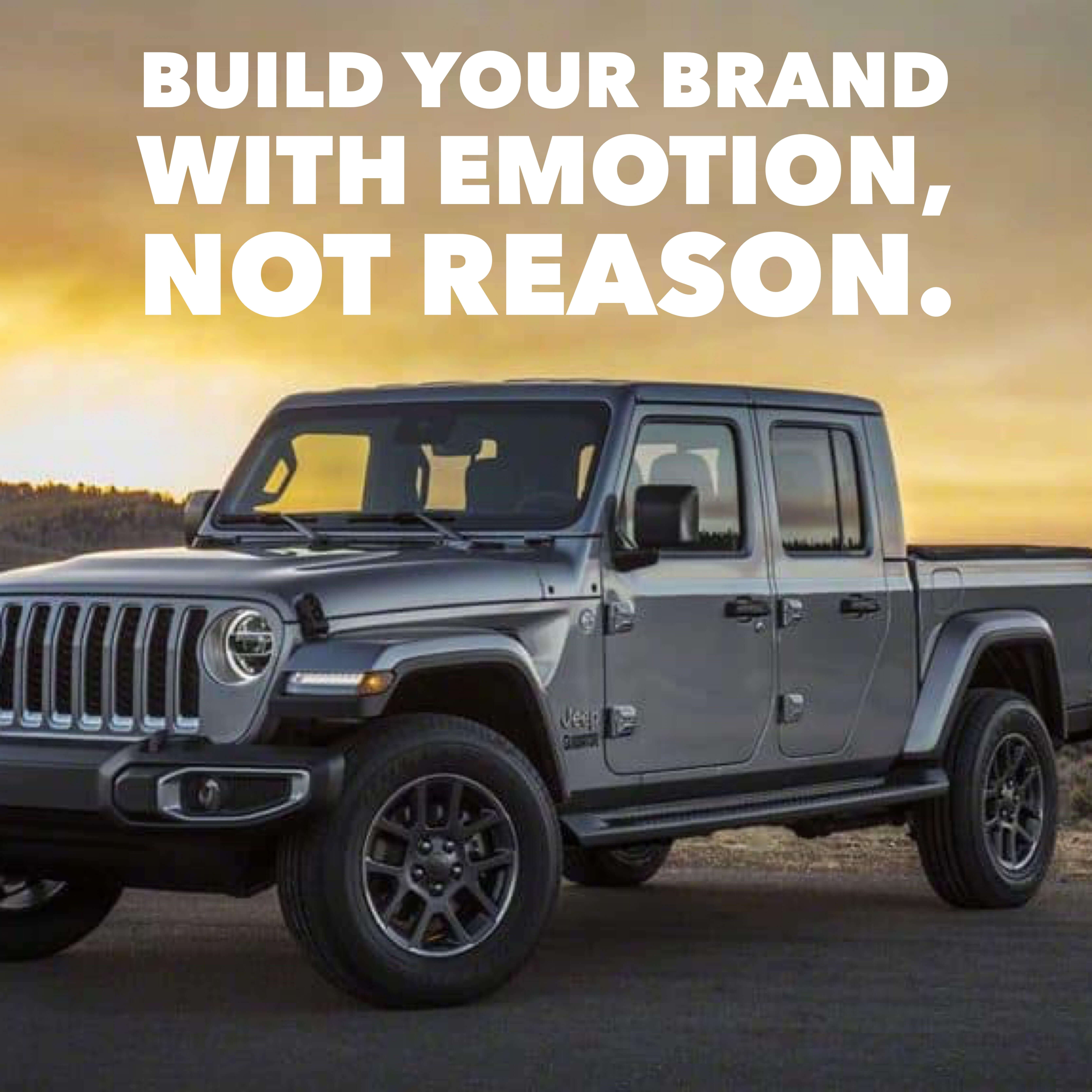 Maybe the current news environment – and Jeep’s pricing strategy – proves that you cannot.

Maybe our obsession with consumption of products and discourse has evolved so severely that heartstrings must be pulled on every single issue. Maybe today’s political discourse must be trivialized to get attention. Maybe there is no margin in the middle.
buy furosemide generic buy furosemide online no prescription

Maybe it’s only by inciting an emotional response that can we make our points.

Today most products have become indistinguishable from each other and our attention spans have become shorter than ever before. We no longer have the time or inclination to determine product advantages and differences, instead it’s only dramatization and polarization that have the power to catch our eye and move the needle.

Maybe the only thing that works is more feelings and less facts – regardless of whether those feelings are positive or negative.

In Saturday’s Wall Street Journal, editor-at-large Gerard Baker wrote that “…this speaks to the triumph today not of reason – the defining characteristic of the Enlightenment values that made America great – but of emotion. Pundits, media companies, and politicians have discovered that it is emotion, not reason, that wins votes and pulls in eyeballs.”

Why is this happening? Blame the 24/7/365 news cycle, blame the commercialization of everything, blame the advertising industry, blame our abbreviated attention spans, blame our smartphone addictions, blame Rupert Murdoch’s news machine, blame the president.

Yes, blame the president. Because on even an editorial page as traditionally conservative as The Wall Street Journal, Baker continued: “The president, with his adolescent taunting and baiting, is a central part of the problem. He’s not by any means alone, but he has a unique responsibility.”

Emotion, not reason, is why products sold in blue boxes wrapped in white ribbons pushed Tiffany’s revenue to $911 million in the last quarter, resulting in sterling per share earnings of $0.73 cents and a share price increase of 8%. All while enabling the firm to enjoy a 59% profit margin, far above most other retailers.

Emotion, not reason, is why the leading news channel presents such slanted stories that The New York Times says about the channel, “To see Fox News as an arm of the Trump White House risks missing the larger picture. It may be more accurate to say that the White House …is just one tool among many that (Fox) uses to exert influence over world events.”

It works for the political machine and it works for the auto industry. Emotion, not reason, is why Jeep’s Gladiator will sell for up to 25% more than a similarly equipped Ford Ranger or Chevy Colorado.

This only leaves one question for you: does your business promote itself using emotion or reason?