How To Go Viral.

by Bruce Turkel | Sep 21, 2021 | Advertising, All About Them, Branding, Branding Yourself, Building Brand Value, Communication, IS That All There Is?, Marketing | 1 comment 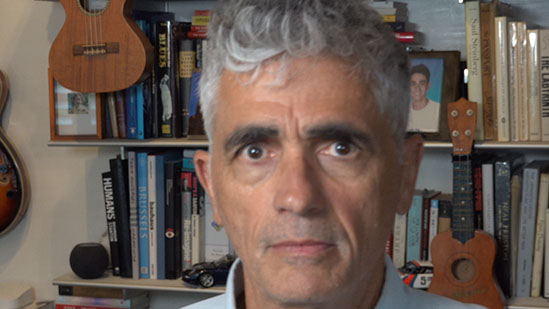 Once digital marketing became the standard, one of the questions almost every one of my clients would ask was, “How can we make our campaign go viral?”

Here are some techniques you can try:

2. Create something so entertaining people feel compelled to share it

3. Make your message so provocative people have to pass it on

5. Tie into a personality or an issue that’s so up-to-the-minute that it commands infinite interest, or

6. Create an image or performance no one’s ever seen before that they can’t turn away from.
buy antabuse generic buy antabuse online no prescription

Look at most almost anything that’s gone viral, and you’ll see it includes at least one of these attributes.
buy bactroban generic buy bactroban online no prescription

But sadly, there are two problems with operationalizing this list:

1. Coming up with something that meets the very high standard of captivating, entertaining, provocative, up-to-the-minute, or novel is really, really hard. And,

2. Once you come up with something, how do you know if it achieves those superlatives until you test it in the marketplace?

As the old saying goes, “if it was easy, everyone would do it.”

Some examples of virality? Judson Laipply’s “Evolution of Dance” presentation,  the ALS Ice Bucket Challenge,  Dollar Shave Club, and Billy Eillish’s ASMR performances? Thanks to the power of virality, all of these earned viewership numbers way beyond what anyone would expect from such seemingly simple videos.

Going viral is the holy grail every modern marketer chases. And like the grail itself, it is both hard to define and even harder to uncover.

So, it should come as no surprise that as both a marketer and an author, I would be fascinated by the idea of virality. More specifically, how to make my books go viral.

It’s not as if it hasn’t been done before – books as diverse as The Bible, How to Win Friends and Influence People, The Fountainhead, Jonathan Livingston Seagull, The Alchemist, The Hobbit, Harry Potter (et al), Angels and Demons, The Go-Giver, Good to Great and The Tipping Point (amongst others) have all reached powerful levels of virality.

You could argue that one of the things books require for virality would be to be well written, but it’s also clear that not all of the books listed above meet that same level of quality. Or, as my author friend Bob Burg so eloquently put it, “Always remember, it’s not called the best writers’ list.”

After studying list after list of successful books, one of the things that finally called out to me was the idea of “Universality.” That is, that the books read by the most people all offered solutions, suggestions, or entertainment that was applicable to the largest number of readers.

Now THERE’S something we can all work with. Because while we might not dance like Judson Laipply, sing like Billie Eilish, or write like Malcolm Gladwell, we can look for messaging that speaks to as many people as possible.

How do we find that? By simply being honest with ourselves about what who we are, what we’re going through, and what problems we’re dealing with. You see, it’s very likely that if something is waking us up in the middle of the night, it’s keeping lots of other people awake too.

That’s what I tried to do with my newest book, Is That All There Is. After all, if I was trying to figure out what to do with the rest of my life, it makes sense that others would be dealing with the same thing as well. And that’s why I spoke to 35 or 40 people who have successfully changed their lives and featured 14 of their journeys in my book. These folks tell their stories of how they got to where they are with the generous intent of giving you insight into how you can pivot productively as well.

Today I received a note from a recent reader who said, “I started reading your new book and felt it was written about me!”

I’m hoping that that’s the first step to Is That All There Is going viral. Of course, I’ll keep you posted.