How Kate McKinnon Uses the Power of Satire.

by Bruce Turkel | Mar 8, 2022 | Advertising, All About Them, Branding, Branding Yourself, Bruce Turkel, Building Brand Value, Is That All There Is, Speaker | 1 comment 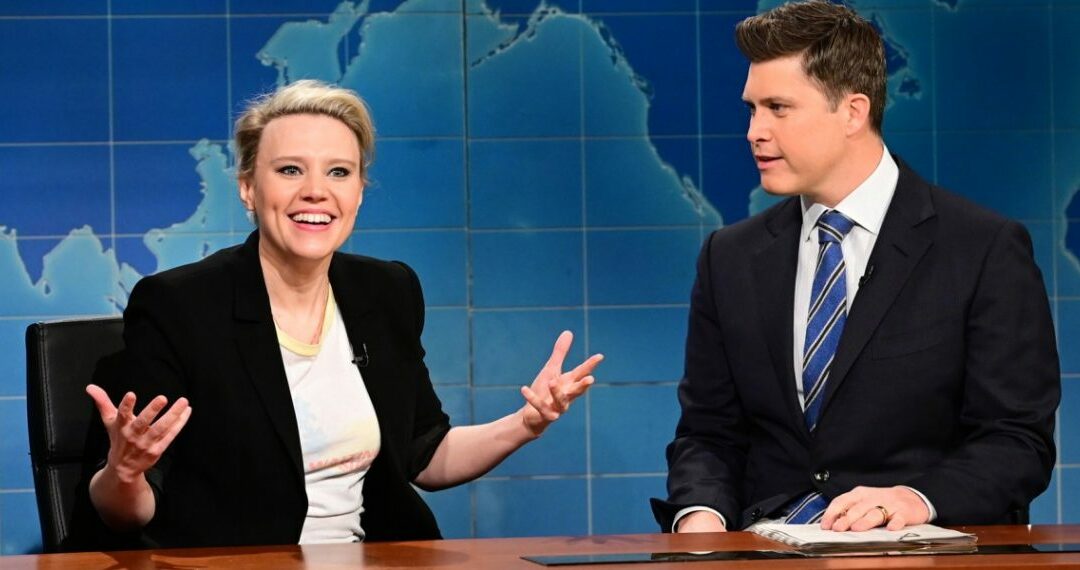 “I heard about this law, and I think it’s amazing,” McKinnon excitedly told co-anchor Colin Jost. “When I was in middle school, in the ’90s, I was kind of tortured by the constant use of the word ‘gay,’” she explained. “Like, you know, ‘That’s so gay,’ or ‘Ew, you’re gay.’ It made me feel horrible.”

“And to hear that Ron DeSantis has taken a stand, and said, ‘No, you cannot say gay in school anymore’ … I’m just so jazzed. And in Florida of all places!”

Jost explained to McKinnon that the law does not protect gay students from hate speech. Instead, it outlaws school instruction on sexual orientation and gender identity.

McKinnon responded with shock and outrage.

What I found so brilliant – and worth discussing with you – was her effective use of satire. McKinnon took a clearly directed action – Governor DeSantis’ “Don’t Say Gay” bill – and flipped its meaning on its head to make her powerfully contrary point without criticizing or even disagreeing with the new law.

By using this literary device, McKinnon established herself in the canon of great satirists throughout history who have tilted against bigoted and otherwise authoritarian leaders and institutions.

When Jonathan Swift – author of Gulliver’s Travels and A Tale of a Tub – objected to the abject poverty Irish citizens were subjected to by the British monarchy, he published A Modest Proposal. (WARNING!! For any of you who are only partway through Swift’s work, consider this a spoiler alert.)

“For preventing the children of poor people in Ireland, from being a burden on their parents or country, and for making them beneficial to the publick… I do therefore humbly offer it to publick consideration… that a young healthy child is, at a year old, a most delicious nourishing and wholesome food…”

In other words, Swift suggested that Irish peasants sell their children to the wealthy as food.

American satirist Mark Twain used this same technique to skewer racism in the antebellum south in his novel Huckleberry Finn.

In the 20th Century, masters such as Charlie Chaplin used satire to mock Hitler. Lenny Bruce and Mort Sahl took on polite society of the fifties. The editors of The National Lampoon savaged the architects of the Vietnam war. And George Carlin went after virtually everyone he disagreed with.

In this century, satire is used on shows such as South Park, The Colbert Report, Da Ali G Show; websites like The Onion; and movies as far afield as Dr. Strangelove and Borat: Cultural Leanings of America for Make Benefit Glorious Nation of Kazakhstan.

Regardless of your opinion on the positions highlighted and lampooned by satirists, the effectiveness of the technique is hard to argue with. Wikipedia explains this beautifully, writing that with satire, “…vices, follies, abuses, and shortcomings are held up to ridicule, often with the intent of shaming or exposing the perceived flaws of individuals, corporations, government, or society itself into improvement. Although satire is usually meant to be humorous, its greater purpose is often constructive social criticism, using wit to draw attention to both particular and wider issues in society.”

That’s exactly what McKinnon did on SNL. After all, had she attacked Governor DeSantis’ bill head on, everyone watching would have retreated into their own corner. Those who agree with DeSantis would have either argued back at the screen or changed the channel, while those who object to the governor’s new bill would have broken into their same old indignant dance. But by effectively employing satire and reinterpreting DeSantis’ words and meaning in a way that was exactly opposite his intent, McKinnon forced people on both sides of the issue to look up, pay attention, and maybe even rethink their position just a little bit. And just as with Jonathan Swift’s A Modest Proposal suggestion that the rich eat babies, Kate McKinnon might have even changed some hearts and minds.