The Responsibility of Privilege. 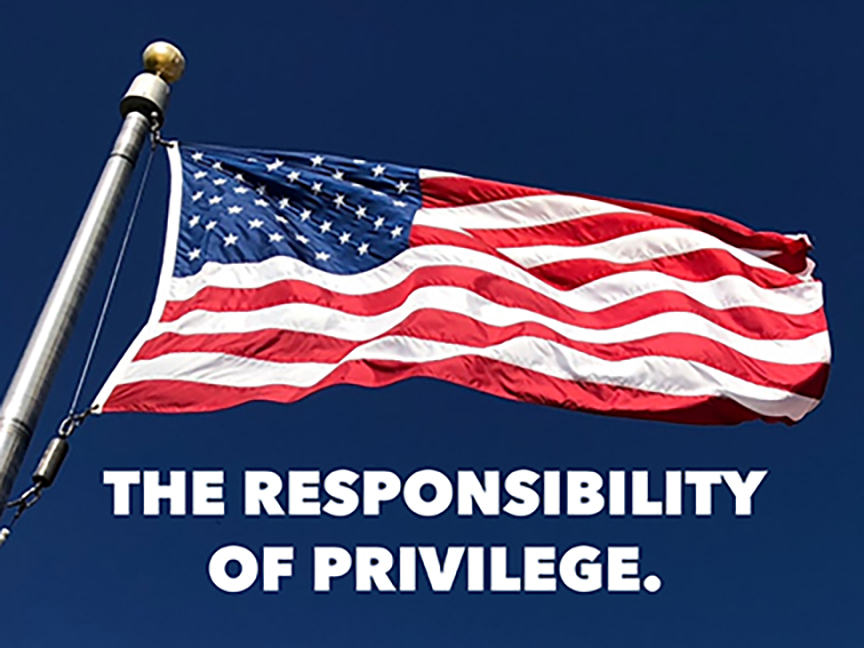 The Responsibility of Privilege.

When I go for a jog early in the morning and a police car slows down behind me, I assume they are either being courteous or looking out for my safety.

When I check into a hotel in a strange city, I never  worry about who gets in the elevator with me or who walks down the hallway behind me.

Depending on who you are, you may or may not enjoy some of these privileges as well.

Of course you don’t have to agree with me.

And I don’t have to care.

In the 15 years that I’ve written this blog, I’ve only ever discussed political issues one other time.

It happened when I announced that I would no longer appear on the Fox Business channel. That’s because of their support of President Trump’s program to separate immigrant children from their families.

When I wrote that blog, I received a lot of hate mail and a lot worse. I lost subscribers, friends, and the very lucrative marketing opportunity of appearing on national television up to three times every week.

But because I was so heartbroken over the government’s policy, it was worth it.

Today I am heartbroken again.

This time it’s over the murder of George Floyd and so many other African Americans in our country who have been senselessly and callously killed.  And I’m heartbroken over the incendiary response by the president and the lemming-like party apparatchiks going off the cliff with him.

Even worse, I am heartbroken over the racist response of so many of the people I consider “my fellow Americans.”

“…one nation, under God, indivisible, with liberty and justice for all.”

If you grew up in the United States, my guess is you recited these lines every day too. Ironically, so did all the people who support systemic racist activities and racist policies.

The Pledge of Allegiance doesn’t say, “with liberty and justice for some.
buy temovate online www.mobleymd.com/wp-content/languages/new/temovate.html no prescription

It says, “with liberty and justice for all.”