The Power of Stories.

by Bruce Turkel | Jan 18, 2022 | All About Them, Branding, Branding Yourself, Bruce Turkel, Building Brand Value, Is That All There Is | 12 comments 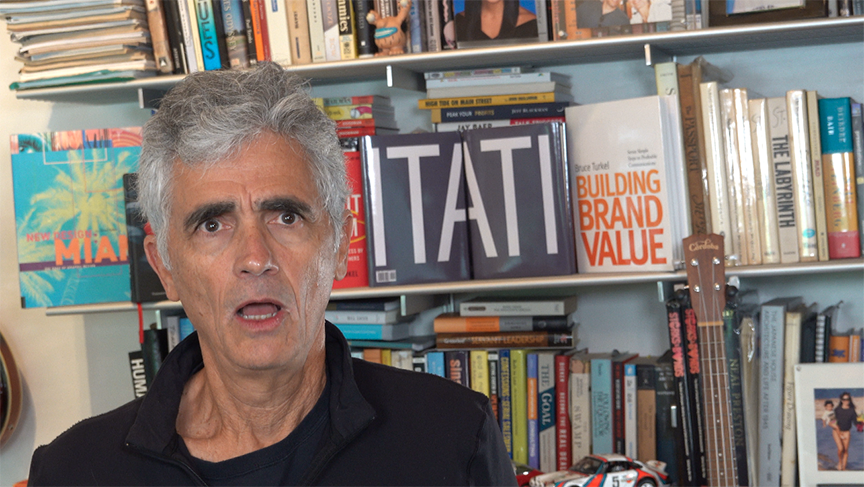 About two thirds of the way through facilitating a brand ideation session for a client in Tampa, I asked the people around the table what they thought we should call their new service?

The woman on my left almost leapt out of her seat. “Movin’ On Up” she said with excitement.

Hearing that, at least five of us instantly launched into a painfully out of tune a cappella version of the theme song from The Jefferson’s:

“We’re movin’ on up, to the Eastside. To a de-luxe apartment in the sky…”

From there, our outburst encouraged a group stream of consciousness that pachinkoed from The Jefferson’s to Norman Lear to Lear’s ex-wife to the magazine someone remembered she started after divorcing her husband. No one could quite remember her name, so we looked it up on Google.

Norman Lear’s ex-wife’s name was Frances… Frances Lear. But that wasn’t her original name – she was born with only a first name, and it wasn’t even Frances.
buy clomiphene generic buy clomiphene online no prescription

Here’s what Wikipedia says about her:

“Lear was born with only a first name, Evelyn, to an unwed mother in Hudson, NY, at the Vanderheusen Home for Wayward Girls. She was adopted at 14 months by Aline and Herbert Loeb from Larchmont, NY, who changed her name from Evelyn to Frances. When she was 10 years old, her adoptive father committed suicide after losing his business in the Depression. Her mother remarried and when Frances was 12, her stepfather began molesting her, according to her autobiography.”

Every line off that first Wikipedia paragraph unfolds like page after page of a gas station map, with the points of interest on each panel highlighted with little illustrations.  All of a sudden, Frances Lear went from someone we thought we had maybe heard of to someone we had to know more about. Why?

The power of stories.

American mythologist and writer Joseph Campbell was best known for his ideas on the power of stories and myths throughout history. According to Campbell’s theory, mankind uses stories to create drama, explain the unknown, encourage action, and help the listener make sense of the world.

Famous tales, from the story of Jesus and popular blockbusters including Star Wars, Lord of the Rings, and The Matrix, all follow the pattern of Campbell’s “Hero’s Journey.”

But more than religion and entertainment benefit from the structure that Campbell diagramed. Businesses, too, create mythologies about their founders and products to help create understanding of, and desire for, their products and services. Think Richard Branson, Steve Jobs, Martha Stewart, Bill Gates, Estee Lauder, and Elon Musk to understand this.
buy kamagra oral jelly generic buy kamagra oral jelly online no prescription

According to Professor Noah Yuval Harari, author of Sapiens and Homo Deus, “We can weave common myths such as the biblical creation story, the dreamtime myths of Aboriginal Australians, and the nationalist myths of modern states.” These stories are told to get attention, generate accordance, and incite action. “Fiction has enabled us not just to imagine things, but to do so collectively.”

Notice that neither Campbell or Harari or even the Wikipedia editors who compiled Francis Lear’s story included very many empirical measurements; not dates, amounts, measurements, weights, etc.

They clearly understand that when you’re trying to get attention, build affinity, and generate action for your business, your brand, or yourself, you need fewer facts and more feelings. Or as Harari wrote: “humans think in stories rather than in facts, numbers or equations, and the simpler the story the better.”

Speaking of short stories, have you heard the world’s shortest horror story?

“The last man on Earth sat alone in a room. There was a knock on the door.”